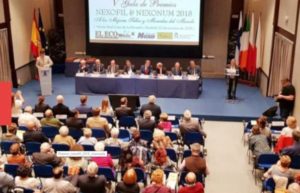 For fifth consecutive year, the auditorium of the Royal Spanish House of Mint (FNMT) , in Madrid, hosted on Tuesday, October 23, 2018 the solemn International Nexofil Awards Gala for the 2017 Best Stamps of the World, convened by EL ECO and organized by NEXO Group. Official representatives of the award-winning Posts received their awards (and the accreditation of use of the “The Best Stamp of the World” brands) in a massive ceremony attended by three hundred guests.

The prizes were awarded by an independent International Jury, formed by fifty Presidents of National Federations and Philatelic Academies from 37 countries, among which are the leaders of the great Philatelist’s Federations of America and Europe, as well as Academics members of the prestigious European Philatelic Academy and the Royal Spanish Academy of Philately and Postal History.

Together with the presentation of each of the stamp awarded, each issue was described, proceeding to the delivery of the Diplomas of Honour accrediting each Prize and the license of use thereof, to the representatives of the winning Posts.

EL ECO (which in 2019 will celebrate its Platinum Wedding, in it 75th anniversary of fruitful editorial life) and the NEXO Group are already working, with the Organizing Committee of the contest, in the convening of the VI Nexofil 2019 International Awards. 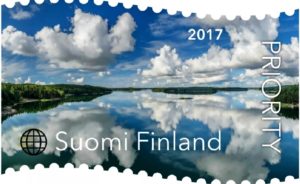 The Prize as the Best Stamp of the World went to Finland for its stamp “The Sound of Silence”. Designed by Stiina Hovi, represent the calm and the tranquillity of the Finnish Nature. 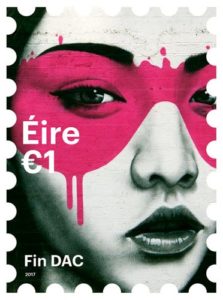 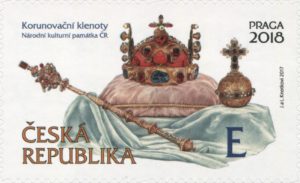 The finalists were the Irish stamp “Street Urban Art” and the Czech “The Jewels of the Crown”.

The Prize to the Best Design of a Stamp was awarded to the Spanish issue  “25th Anniversary of the High Speed Train Madrid-Seville”, commemorating the world innovation of the train built on occasion of the World EXPO of Seville of 1992.Was issued on the 6th November 2017, printed in offset and die. 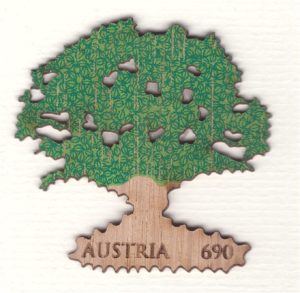 The Prize to the Best Stamp of the World with the most Original Shape was for the Austrian Post for the issue “20th Anniversary Forests, Oak “.All the oak stamps were made of sheets of fine oak veneer in oak. For this purpose, a single tree trunk was used, which came from the Austrian Forest Park of Breitenfurt, in the Forests of Vienna. 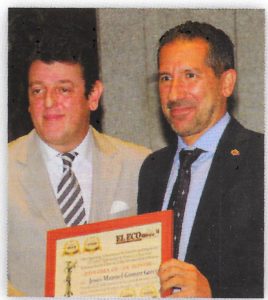 Left, the New Zealand’s awardee stamp. Right, Mr, Eugenio de Quesada President of the NEXO Group (left side) presenting his Diploma to the Deputy Minister of  Communications of the Government of Spain, Mr. Jesús M. Gómez (right side)

The Prize for the Most Innovative Stamp of the World went to New Zealand for the stamp the “Grow your Own – Sustainable: Carrots” 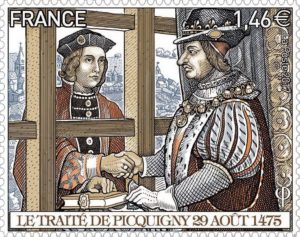 The Prize to the Best Stamp of the World using intaglio technique, France “The Finest Hours of French History. The Treaty of Picquigny” 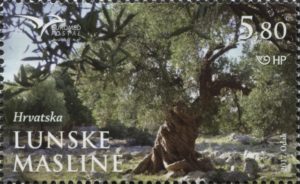 Prize to the Best Stamp of the World offset, Hvrasta Post, Croatia for the stamp “PUMed – Mediterranean Trees – Olive Trees in Lun” 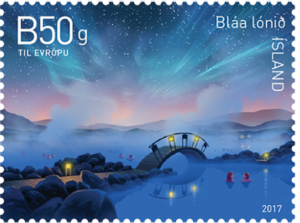 Best Stamp of the World in mixed print technique, the Prize was to Island for the stamp “Year of Sustainable Tourism for Development- (The Blue Lagoon)”

The Prize to the Best Stamp of the World using other techniques, has been won by Portugal for the stamp “The Portuguese Textile Industry” 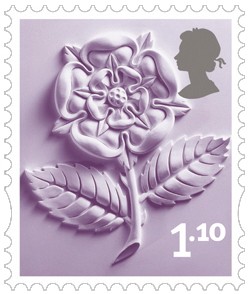 Prize to the Best definitive serie of Stamp of the World, to the United Kingdom, “Regional Definitive – England” 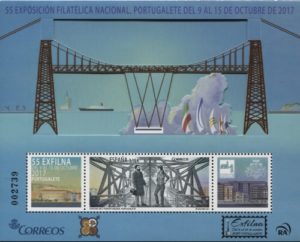 The Prize to the Best Souvenir Sheet of the World, for the Spanish Post, “Correos” for the “Exfilna 2017 – Portugalete” 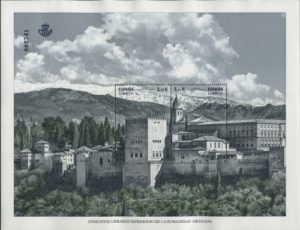 The Prize to the Best Luxury Proof of the World ,to the Spanish the “Urban Wold Heritage Sites-Granada” 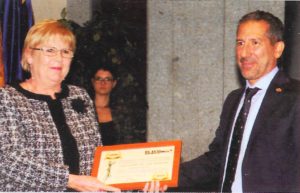 Ms Eva Hannikainen, Counselor of  Culture of the Embassy of Finland in Spain receving the Award in the name of the Finnish Post “posti”, from the Deputy Minister of  Communications of the Government of Spain, Mr. Jesús M. Gómez 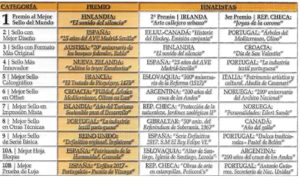 The Special One-Frame Philatelic Exhibition DevetoOkno Kranj 2019 is open to...