Blog - Latest News
You are here: Home1 / Features2 / A video by Graham Beck on Incredible Rarities at the British Library 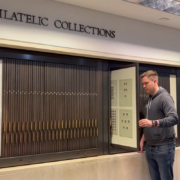 Graham Beck of Exploring Stamps YouTube channel has produced a superb 13 min video on the Philatelic Collections of the British Library. In the video, Paul Skinner, Lead Curator, and Richard Morel, Curator, are talking about the Philatelic Collections which were established in 1891 with the bequest of the Tapling Collection, and how they later grew with the addition of more important collections or archives which were acquired by bequest, or transfer from Government departments. Today the total holdings consist of over eight million items, representing almost all countries and periods.

A few weeks ago, Graham Beck received the Ernest A. Kehr Award, which is presented annually by the American Philatelic Society “for enduring contributions that help guarantee the future of the hobby.” 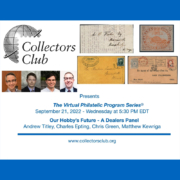