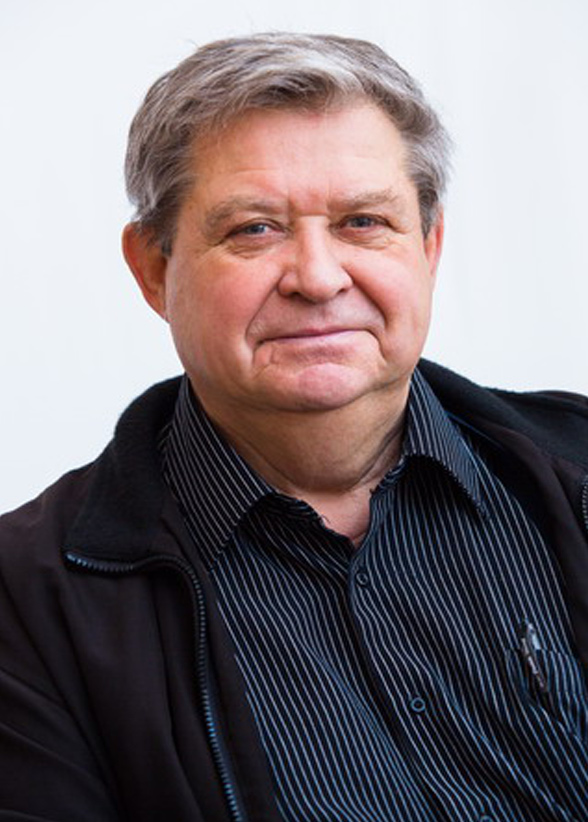 We have heard with great sadness that Alexander Sergeevich Ilyushin has passed away. He was a leading figure in philately in Russia for many years and will be greatly missed. We send our condolences to his family.
The Russian Philatelic Federation has provided the following statement recording Sasha’s many achievements in science and philately:
Born on October 20, 1943 in Kemerovo. In1961, he graduated with a silver medal from the secondary school No. 2 in Zheleznodorozhny, Moscow Region, and in the same year entered the Physics Department of the Lomonosov Moscow State University. Graduated from Moscow State University in 1967, specialty: physicist. Professor, Doctor of Physical and Mathematical Sciences, Head of the Department of Solid State Physics, Faculty of Physics, Moscow State University. Full member of the Russian Academy of Natural Sciences, Chairman of the Department “Radioelectronics, Nanosystems, Information Technologies”, member of the International Academy of Informatization, the International Union of Crystallographers, the Russian Physical Society. Member of the editorial boards of the journals “Bulletin of the Moscow University”, “Physics and Chemistry of materials processing”, “Perspective materials”. Chairman of the Editorial Board of the journal “Radioelectronics, Nanosystems, Information Technologies”. He has published more than 250 articles in domestic and foreign scientific publications and 15 textbooks, textbooks and monographs, and has prepared 25 candidates of science. “Honored Professor of Moscow University”, “Honorary Worker of Higher Professional Education of the Russian Federation”. He was awarded the medal “In memory of the 850th anniversary of Moscow”.
He has been interested in philately for more than half a century. Member of the Supreme Soviet of the USSR from 1972 to 1992, member of the SFR from 1992. One of the organizers of the Union of Philatelists of Russia and the First President of the SFR (from 1992 to 2001). From 2011 to 2009-member of the Presidium of the Executive Council of the SFR, from 2009 to the present-President of the SFR. Honorary and life member of the SFR. Honorary member of the Moscow Society of Philatelists, the Union of Philatelists of Armenia and the Society of Russian Philately “Rossika” (USA). Life Member of the American Philatelic Society (USA), Fellow of the Royal Philatelic Society (London). Member of the American Society of Collectors of Solid Things (USA), the British Society of Collectors of Solid Things (UK), member of the thematic philatelic societies “Chemistry and Physics on Stamps”(USA) and “Technotema” (Germany). Member of the Slovak Academy of Philately (Slovakia). Honorary member of the National Academy of Philately.
Member of the jury of the International Federation of Philately (FIP, since 1988) and the Union of Philatelists of Russia (since 1986). Participated in the work of the international jury of more than 40 World, European and international philatelic exhibitions. In 1997 — Vice-President of the jury of the World Philatelic Exhibition “Moscow-97”, and in 2007 – President of the jury of the World Philatelic Exhibition “St. Petersburg-2007”. In 1995-1997, he was Vice-President of the Organizing Committee of the World Philatelic Exhibition “Moscow-97”.
Participant of many World, European, international and national philatelic exhibitions. At the World philatelic exhibitions, the exhibits “Marked postcards and secrets of Russia 1872-1917” and “Stamped envelopes of the Russian Empire 1845-1868” repeatedly won Large gilded medals, the exhibit “Open Letters of the Russian Empire 1872-1875” was awarded the Gold Medal of the World Exhibition “Efero-2008”. The exhibit “Stamped envelopes of the Russian Empire 1848-1863” was awarded the gold medal of the World Philatelic Exhibition “London-2010”.
From 1992 to the present-a member of the Commission on state postage stamps of the Ministry of Communications of the Russian Federation, since 2008-a member of the Public Council at the ITC “Marka”, an expert in philately of the Ministry of Culture of the Russian Federation. Member of the International Association of Philatelic Journalists( AIJP), member of the editorial boards of the philatelic periodicals “Philately” (1992-2005), “Marka” (2001-2005), “Collector” (since 1992), “International Philatelic Journal” (since 2005), Editor-in-chief of the almanac “Postal items and Postal History” (since 2005). Editor-in-chief of the yearbook “Collector”. Author of the catalog “Whole things of the Russian Empire 1845-1917” and more than 300 publications in domestic and foreign periodicals.
He also signed the Roll of Distinguished Philatelists in 2013, the first philatelist from Russia to do so.
R. I. P.
16.4.2021
/wp-content/uploads/2021/04/135_img_22-e1618592135507.jpg 400 286 Bill Hedley /wp-content/uploads/2022/03/fepanews_logo-300x138.png Bill Hedley2021-04-16 19:56:332021-04-16 19:56:33Alexander Sergeevich Ilyushin, RIP

FEPA will award a new medal for the best philatelic website