Undaunted by COVID restrictions on travel and meetings, the Carinthian Postal History Club (Kärntner Philatelistenclub) of Klagenfurt, Austria, succeeded in holding a display exhibition in 122 showcases on 10th October 2020, marking to the day the centenary of the 1920 plebiscite in Austrian Carinthia. 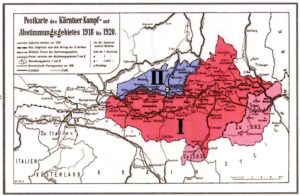 After the end of the First World War the lands of Carinthia, inhabited in the southern part by a predominantly Slovene population, were occupied by units of the newly formed State of SHS (State of Slovenes, Croats and Serbs). Conflict followed and, to resolve the question, the Peace Treaty of Saint Germain stipulated that affiliation to one or the other country (Austria or the State of SHS) should be decided by the plebiscite will of the population.

At the exhibition general historic background was shown as well as postal history documents – letters and parcel mail, postcards and propaganda material, posters – and original newspapers from that time.

Due to COVID-19 conditions the opening of the exhibition was limited to 50 attendees, with mandatory registration at the entrance and wearing of masks. This made it all the more moving when the highly distinguished President of the club, Dr. Hadmar Fresacher, greeted all present, especially the representative of the City of Klagenfurt, the representatives of the Austrian Philatelic Federation (VÖPh) and the Slovenian Philatelic Association (Filatelistična zveza Slovenije) and, of course, all the exhibitors and organisers of the exhibition. 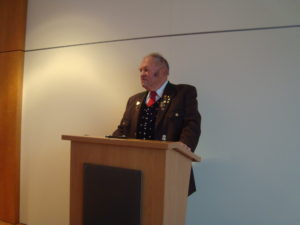 The President of the Club, Dr Hadmar Fresacher, greets all present.

The exhibition was accompanied by special publications by the club and, to mark the occasion, the Austrian Post issued a commemorative postage stamp. Walter Leitner also launched a magnificent new book in 479 pages on ‘The Postal Service during the Struggles and Plebiscite in Carinthia 1918-1920’. 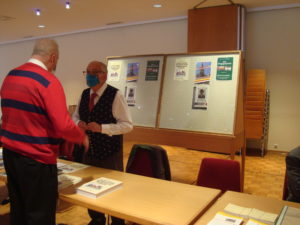 The exhibition was opened to the public the next day, Sunday, 11.10. 2020. Definitely many congratulations to the Organiser that in this special year 2020 he managed to prepare and hold an international event of philately (and history) that will be long remembered.

Congratulations to the NEXOFIL Award Winners for 2020

Virtual EXFILNA 2020 is a great success
Scroll to top