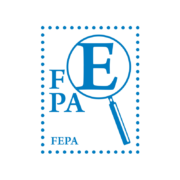 The winners of the FEPA Medal for Exceptional Philatelic Study and Research 2020, and of the Francis Kiddle Medal for the Best Philatelic Website 2021 have been announced.

The announcement is as follows:

At its videoconference call on 16 July 2021 the FEPA Board carefully considered the proposals received from the member Federations for the FEPA MEDAL FOR EXCEPTIONAL PHILATELIC STUDY AND RESEARCH 2020. The Board was delighted to record that no fewer than 13 nominations had been made for the award and that all the nominations were works of high quality based on thorough and systematic research in a wide variety of different fields. Collectively, the nominations submitted were a clear demonstration of the desire among philatelists and postal historians to share their accumulated knowledge in a professional manner with an international audience.

After discussion the Board agreed to award the FEPA MEDAL FOR EXCEPTIONAL PHILATELIC STUDY AND RESEARCH 2020 to:

The runners-up, who were awarded a Certificate, are:

The Board also awarded a Certificate of Appreciation to the authors of other works taken into consideration for the award:

At the same meeting the FEPA Board also agreed to award the FRANCIS KIDDLE MEDAL 2021 FOR THE BEST WEBSITE to:

A Certificate was awarded to the runners-up:

Warmest congratulations to the winners of these Medals, and thanks to all participants for their contributions.

Maximaphily and Postcard exhibition in Luxembourg
Scroll to top