Blog - Latest News
You are here: Home1 / News2 / A great philatelist has passed away : Teddy Dahinden 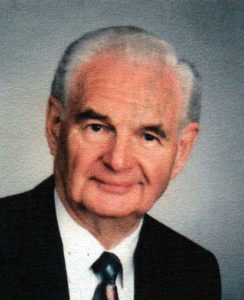 Dr. Teddy Dahinden from Switzerland, was the initiator and strong promoter of Astrophilately.

As founder and President of the Society of space philatelists in Zürich in 1969 he organised the first 3 WERABA specialised Space Philately Exhibitions in Zurich and Luzern 1970-73.

In 1976 was elected President of the Swiss Philatelic Federation, chairing it for eleven years, where he continued the promotion by succeeding in the acceptance of the new called “Astrophilately”.

He was also a great Thematic collector. His exhibit  “The Dog: Man’s Friend and Helper”, built together with his wife Henrike, reached several Large Gold medals. He was Director and FIP Vicepresident.

He was born on the 6th of January 1926, dying on the 12th of September 2015 at the age of 89 years. Rest in peace a great philatelist and a wonderful person.