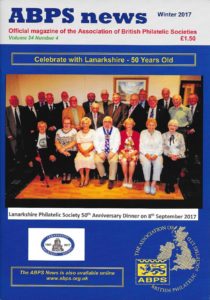 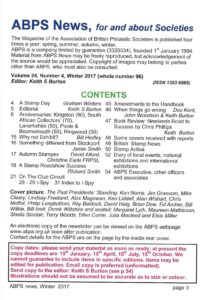 The winter edition of ABPS NEWS informs, amongst other interesting articles, of the latest outstanding displays at the Royal 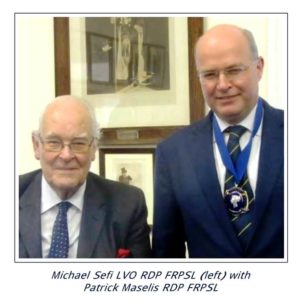 The members of The Royal Philatelic Society London have enjoyed the privilege of seeing much outstanding material at recent meetings. At the start of the season Michael Sefi LVO RDP FRPSL, Keeper of the Collection, and his two assistants, Ian Greig FRPSL and Rod  Vousden  FRPSL, showed extracts  from the albums of West Indies from the royal collection. It included examples on cover of the authorised bisects of the first Jamaica issue of 1860 and the only known plate block of the 2’/d on 4d of 1908 of the Cayman Islands. 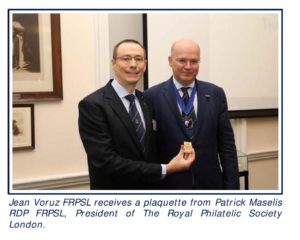 On 28 ‘ September Jean Voruz FRPSL of Switzerland presented Geneva from the Cantonal to the Federal Post, covering the period from 1839 to 1862. The display embraced three periods, from the time when the Swiss cantons enjoyed full postal sovereignty, until 1S’ October 1849 when the canton of Geneva had to comply with the new federal rates even though the currencies werenot the same. Then from 1st January 1852 the whole Switzerland aligned with the currency of Geneva. 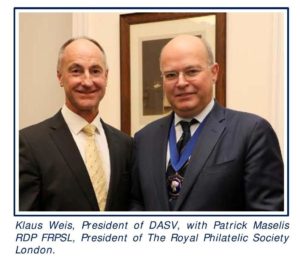 The material on 12 October was shown by no fewer than 31 members of Deutscher Altbriefsamler-Verein (DASV). The appreciation of the Society was expressed by Robin Pizer FRPSL, who congratulated those who had shown for their ‘superb displays spanning a period of nearly 300 years’. Patrick Maselis RDP FRPSL offered his own thanks to all those who had come to London, and for being such an ‘enthusiastic group’.

If you wish to visit The Royal Philatelic Society London at 41 Devonshire Place, London W1G 6JY, or be a guest at one of its meetings, contact the Administrative Office (020 7486 1044).

First Newsletter of the Maximaphily Commission

FEPA CONGRESS 2018: All the details
Scroll to top