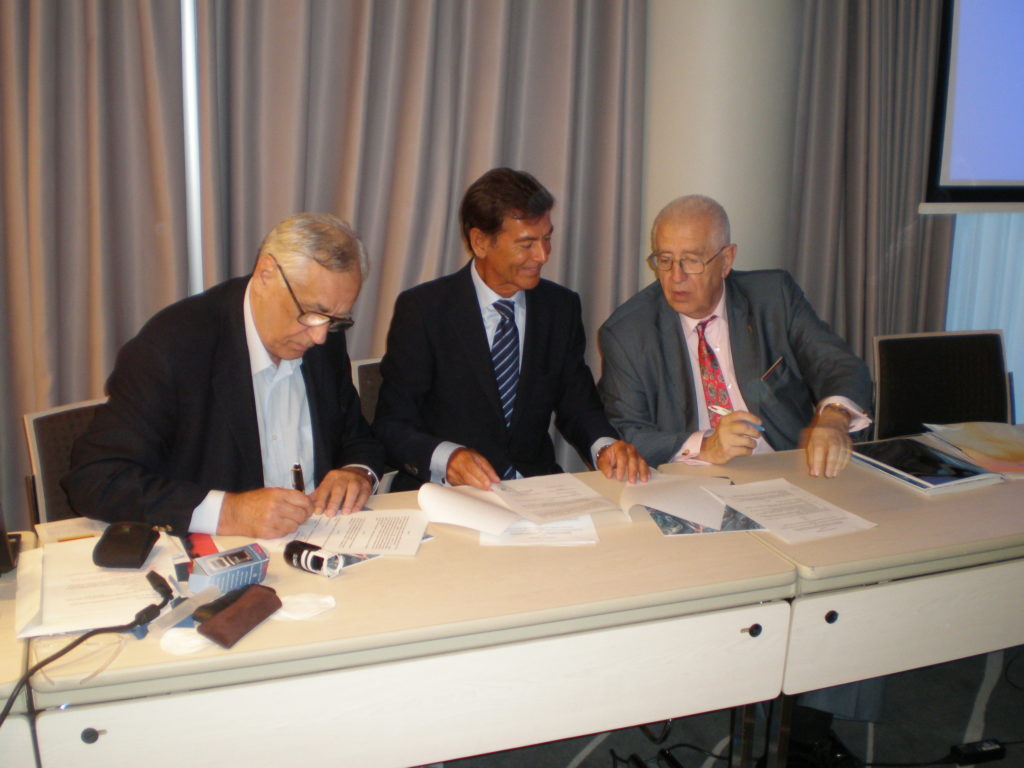 The Agreement of Collaboration contains mutual participations at the National Exhibitions of both Federations. The first scheduled exhibition of the bilateral agreement will be the “Croatia-Spain 2015″ exhibition in Zagreb to celebrate the 75th Anniversary of the Croatian Federation. Then the “Exfilna 2016” exhibition in Zaragoza, Spain.

The Croatian and the Spanish Posts also have scheduled a Croatia-Spain  joint issue of a stamp in 2015.

Muharem Gimjani, New President of the Association of Collectors of Albania
Scroll to top