Blog - Latest News
You are here: Home1 / News2 / All the institutions behind an Exhibition: “VELIKO TARNOVO 2015” 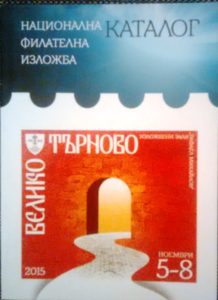 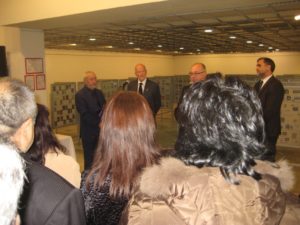 Left, Catalog of the exhibition. Right, Opening Ceremony: H.M. King Simeon II, Spas Panchev, President of the Union of Bulgarian Philatelists and the General Director of the Post, Dean Danelhky.

From the 5th to the 8th of November has been held the Bulgarian National Exhibition in Veliko Tarnovo, the ancient capital of the country.

In these times imagination and to have the right contacts are essentials to organize philatelic events. 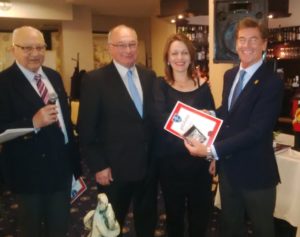 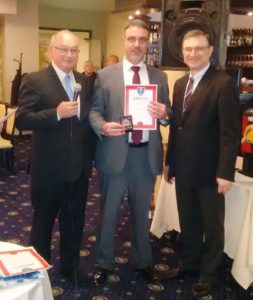 The Union of Bulgarian Philatelists, leaded by Spas Panchev got the support of the City Hall, the Bulgarian Post, the Governor, the parliamentarians from the National and the Regional Parliaments and even from H.M. King Simeon !

With over 200 frames and such support, the Exhibition was a complete success. 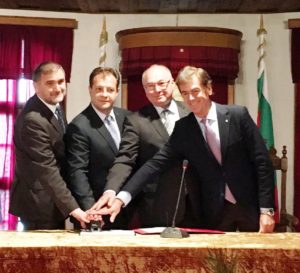 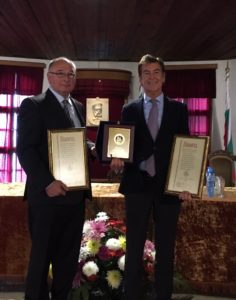 Left photo: Validation of the commemorative sheet. The General Director of the Bulgarian Post, Dean Daneshky, the Major of the city of Veliko Tarnovo, Spas Panchev, President of the Union of Bulgarian Philatelists and Jose Ramon Moreno, President of FEPA. Right photo: Spas Panchev and José Ramón Moreno were awarded by the Municipality of Veliko Tarnovo for their contribution to the events commemoratives to the 830 Anniversary of the independence of Bulgaria from the Bizantine Empire.

OUTSTANDING SUPPORT TO PHILATELY FROM H.M. KING SIMEON OF BULGARIA

Advance of the Incredible Successful NOTOS 2015: The whole Palmares
Scroll to top