“E-commerce and online purchasing is one of the sectors developing at the fastest pace today. For this reason Magyar Posta, the leader in the Hungarian parcel market, wishes to expand dynamically in cross-border parcel delivery as well. To achieve this goal, we have joined the DHL Parcel Europe network, offering private and business customers in Hungary a competitive, top quality service through the MPL Europe Standard service,” said Zoltán Illés, Chairman and CEO of Magyar Posta.

Forecasts suggest that by 2018 there will be over 130 million purchasers in Europe who mainly prefer e-commerce solutions when ordering goods.

“After having established ourselves successfully within one year in the Austrian parcel market, the expansion of our network to the economically closely cooperating countries Hungary and Slovenia was natural. Together with our local partners, we also want to support online traders with their business in these markets. At the same time we offer our customers in the rest of Europe an attractive opportunity to offer their products across borders in an increasing number of markets,” Achim Dünnwald, CEO of DHL Parcel Europe, explained the company’s position.

Hitherto DHL Parcel Europe has been present in 16 countries. It is an acknowledgement of Magyar Posta’s performance that, together with Pošta Slovenije, it is among the first national postal operators to join this network. The number of destination countries of the MPL Europe Standard service is continuously expanding and at first customers can send MPL Europe Standard parcels to Austria, Belgium, Czech Republic, Germany, Luxembourg, the Netherlands, Poland and Slovakia. 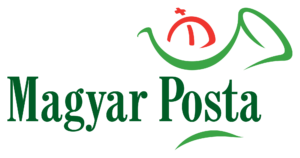 Pedro Vaz Pereira awarded by the President of the Republic of Portugal at the...

Newsletter from the FIP Postal Stationery Commission
Scroll to top