We are receiving the 3rd Press Release of announce MonacoPhil 2017. The beautiful poster to announce MonacoPhil 2017 shows the stamp issued in 1993 by the United States and Monaco to honor Grace Kelly, Princess Grace.
The design of the stamp was engraved by Czeslaw Slania of Sweden, the premier stamp engraver, using a publicity photograph from “Country Girl,” the 1954 film for which the future princess won an Academy Award. She died in 1982 in an automobile accident in Monaco.
MonacoPhil 2017  will have three Exhibitions in one: 100 iconic stamps and documents; The philately of North and South America; The 100th anniversary of the King of the Philately: Ferrari de La Renotière, as well as 80 stands of Postal Administrations and International Dealers. 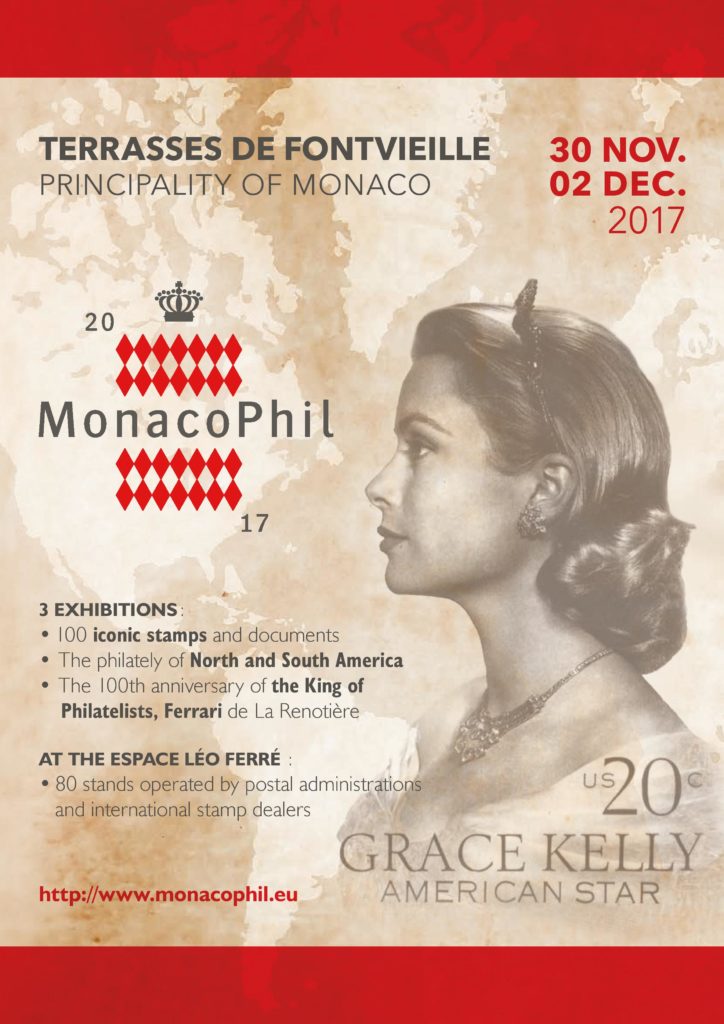 The full Programme and details of the Multilateral FEPA Exhibition EXFILNA ...

Patron of FINLANDIA 2017
Scroll to top