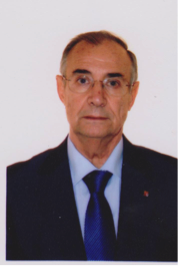 On December 31th 2013 Fernando Aranaz voluntarily ended his time as President of FESOFI, although his last election did not end until 2015.
According to the Statutes of the Spanish Federation, the Vice-President, Miguel Angel García Fernandez becomes President.
Also according the Statutes the Board, at the proposal of the new President, has appointed provisionally Jose Pedro Gómez-Agüero as the new Vice President.