Following on from the production of the IREX to be printed in Bulletin 1 in April 2015 and the agreement on the Special Regulations for the Evaluation of Picture Postcards Exhibits at FINLANDIA 2017, the Agreement between the FEPA Board of Directors and the Philatelic Federation of Finland SFFF and the Foundation for Promoting Finnish Philately was signed in Tampere Hall on Saturday 3 October 2015. 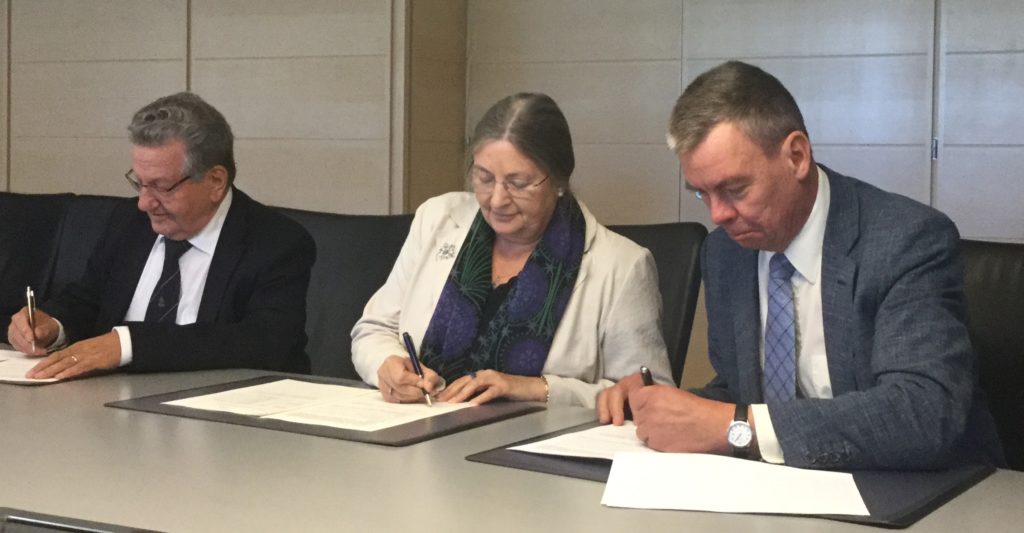 This was preceded by a meeting of the Organisers and the FEPA Consultant, where the individual members reported on the progress of their committees. The meeting was chaired by Jussi Tuori, Chairman of the Foundation. The Tampere City Council and the Postal Museum with its Director, Kimmo Antila, have been great supporters and are working closely with the Organisers.

The meeting finished with the signing ceremony, photographs, and a celebratory glass of sparkling wine. 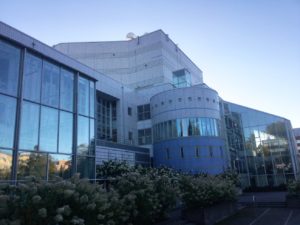 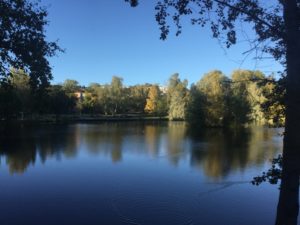 Tampere Hall itself is an amazing, large, airy, and light multi-purpose concert/theatre/exhibition complex, facing on one side to a small park and a lake. It contains a number of larger and smaller exhibition halls, seminar rooms, theatre style meeting rooms, a restaurant, a bar area, and lots of space. Of course there are lifts, disabled access, and toilets overall.

All this was observed on a walk round the hall at all levels, with ground plans, and there is certainly space for a large exhibition spread over several exhibition areas, large areas for dealers, and also space for visitors to sit down and rest their legs. The Hall is within walking distance of the railway station as well as a variety of hotels and restaurants.

An interesting exchange of information took place among the members of the IT Committee at the next meeting. Finland has often been in the forefront of modern technology, and the plan is that exhibits will be scanned in advance, insofar it is possible, to be sent to jurors. Jury teams will use tablets for scoring and comments, which will be sent to a central server, so there will be no need to key in all the results from personal laptops or handwritten sheets. Exhibitor information on databases was also discussed. On both these aspects the talk extended to which kind of information would it be useful to include, how much was it necessary to include, and how to make it user friendly.

Tampere is the third largest city in Finland with 224,000 inhabitants, including three lively universities. The city has a great industrial heritage and is today a centre of technology, research, and business, but also of culture, sports, and education.

The Postal Museum is part of a conglomerate of specialist museums in restored industrial buildings, but with the imaginative use of space that we have come to expect of modern museums. A moving display about Finland and Tampere during the First World War, when street battles took place in Tampere between the Red and White forces, was outstanding. It was these events that led to Finland’s independence, and it is this 100-year anniversary that FINLANDIA 2017 will be celebrating. Another small, but extraordinary display about how refugees have settled, beginning with the Finns leaving Russian Karelia in 1944, was very moving. Both these displays were within the Postal Museum.

Tove Jansson, the Swedish-speaking Finnish writer and illustrator, is probably the best known person from Tampere, the Mother of the Moomins, and the Tampere Art Museum Moominvalley will be moving to new premises at Tampere Hall in 2017 in time for FINLANDIA. Collectors of modern Finnish stamps will know that the Moomin characters have featured on a number of stamps since 1992, and in May this year the first Moomin stamp was issued outside Finland showing the popularity of the Moomins in Japan.

Tampere is easily accessible from Helsinki airport, as a new rail track will be ready just outside the airport to take visitors direct to Tampere. The clear Autumn air and the changing colour of the leaves made Tampere a lovely city, and they promise that the snow will have melted by April with the beginning of Spring.

New Board of Directors of the Croatian Philatelic Federation. Tihomir Bilandžić,...

THE PRESIDENT OF THE REPUBLIC OF ITALY, OPENS THE EXHIBITION AT THE QUIRINAL...
Scroll to top