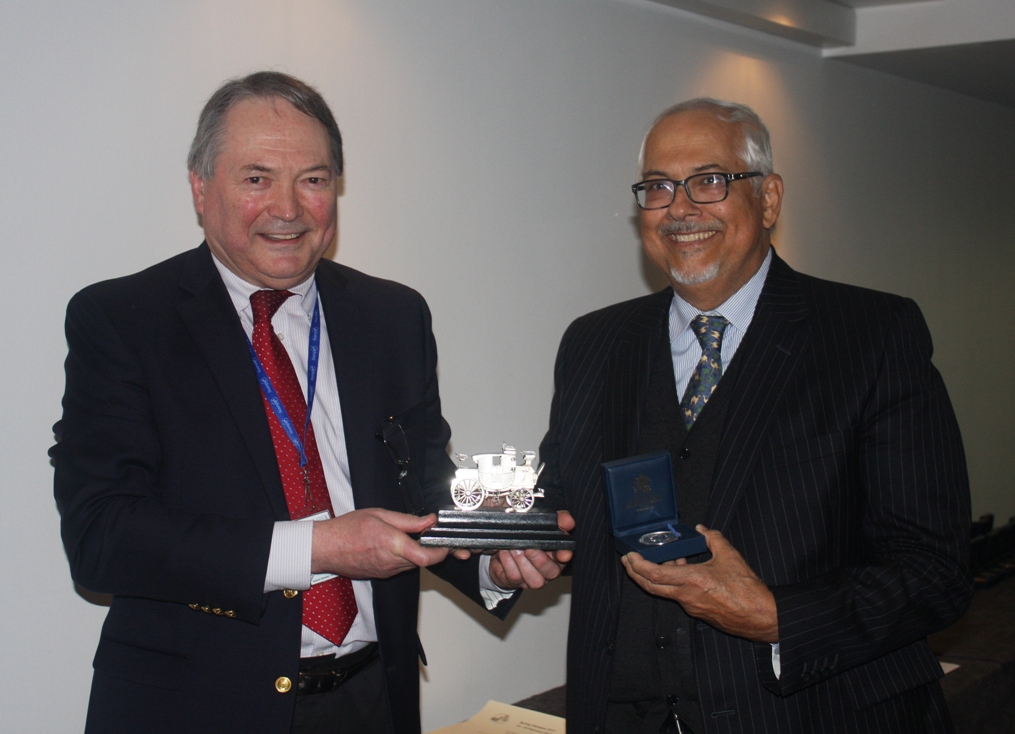 Tarik Alireza (right side) received the “Mailcoach” from Chris Harman.

The special attraction on this occasion was a once in a lifetime collection of exhibits showing material from the former Ottoman Empire. The idea for the theme was developed by Freddy Khalastchy and the late Francis Kiddle, and later with the support of Chris King from the ABPS Exhibitions and International Committee.

Amazing collections of rare material seldom seen in London drew philatelists to the frames, even those written up in Arab.Several exhibitors had been particular busy. Freddy Khalastchydisplayed49 frames of Iraq 1918-1958, showing all the stamps that were issued during that time, while Joseph Hackmey showed fifteen exhibits covering aspects of the Ottoman Empire in the Holyland, Istanbul, Anatolia, Bulgaria, European Turkey, former Yugoslavia, Greece, Iraq, Lebanon, Libya, Syria, and the Black Sea.

More than 90 exhibits participated in the competition as well as eight in the Philatelic Literature Class, and several philatelists had also chosen to show their material in the non-competitive section, and the very high standard was evident in the awards of 27 LG medals, 22 Gold medals, and 15 LV medals. The award of ‘Best in Show’ went to Tarik Alireza for his Postal History exhibit, Saudi Arabia: Development of The Ottoman Postal Service (1801-1919).

Stamp Active, the youth section, had its own exhibition and events on the balcony, and shrieks of delight could be heard from the young participants during their awards ceremony and jury feedback.

The full Programme and details of the Multilateral FEPA Exhibition EXFILNA ...
Scroll to top