STAMPS OF AUTONOMOUS REPUBLIC OF KORÇA 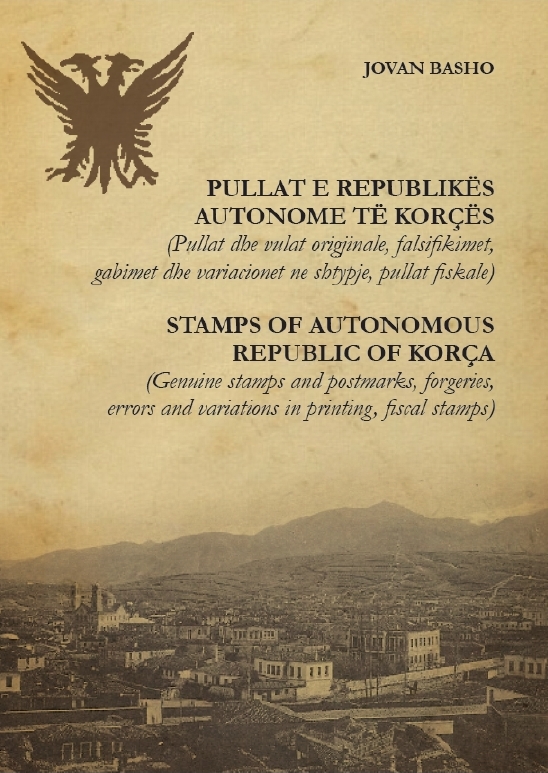 This book published is in-depth study of Prof. Dr. Jovan Basho for the local stamps of Republic of Korça, under French Military Administration from Dec. 1916 to May 1918. During this period, five postal emissions were emitted that present  rare local stamps with ever-growing philatelic interest. The first emission featured Albanian overprint on the Greek stamps of north-epirots. 4 other emissions were printed in Korça. The original stamps have been described in detail to distinguish them from the many falsifications made over the years, outside of Albania. During the printing, many errors and variations were observed, which have been studied in detail and presented with color photos. Falsifications have also been made for the used seals, which are described with the appropriate details. An important work was made for the data on fiscal stamps used during the Albanian-French Administration. The book has 5 chapters and the literature for each of them. The book was published on the occasion of the 100th anniversary of the Autonomous Republic of Korça, is written in Albanian and English and has 108 pages and 140 color photos.

Music, Dance, Theatre and of course Philately!
Scroll to top