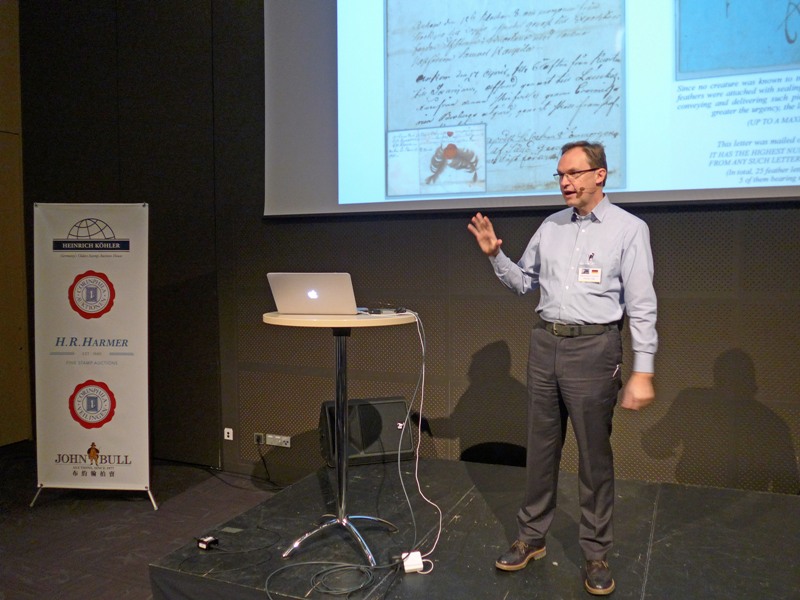 Following on from the three Malmö Seminars 2012-2015, this Pre-Stockholmia Philatelic Summit was organised by Jonas Hällström, Chairman of the Organising Committee of the Royal Philatelic Society London’s international exhibition to celebrate their 150-year anniversary Stockholmia 2019, in co-operation with Corinphila, Köhler and their partners in the Global Philatelic Network. The format was a series of presentations taking as the point of reference the FIP GREV (General Regulations for the Evaluation of Exhibits), article 4.6, on ‘Importance’, summarised as: ‘The criterion of Philatelic Importance requires an evaluation of philatelic significance of the subject chosen by the exhibitor, in terms of its scope, degree of difficulty of the subject, and the philatelic interest of the exhibit’. The seminars were followed by workshops, an innovation from the previous Malmö seminars. 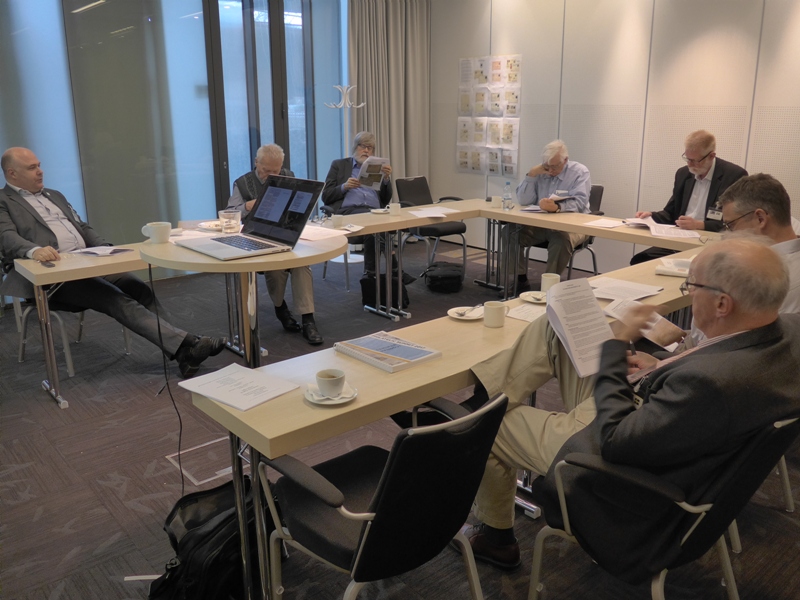 A large number of the speakers were Fellows of the Royal Philatelic Society London, and five had signed the Roll of Distinguished Philately, so expectations were high, and the participants were not disappointed, which can be gleaned from the hefty volume containing all the presentations available … and can be downloaded from …

The introductory Key Note was given by Brian Birch from the UK and Tomas Bjäringer from France/Sweden, Fathers of Philately and London as the Stronghold of Organised Philately, which provided very interesting historic information, much of which is unknown to many philatelists today, and which showed their love of philatelic literature.

But to give an idea of the variety of speakers and their take on the question of ‘Importance’, one only has to read the list of titles chosen by the speakers.

Chris Harman of the UK started with, Philatelic importance reflected through the history of philatelic exhibiting and glanced through today’s context, another historic view entertainingly brought up to today. He has received high awards in both Traditional and Revenue Philately and has very extensive knowledge of the printer Perkins Bacon. 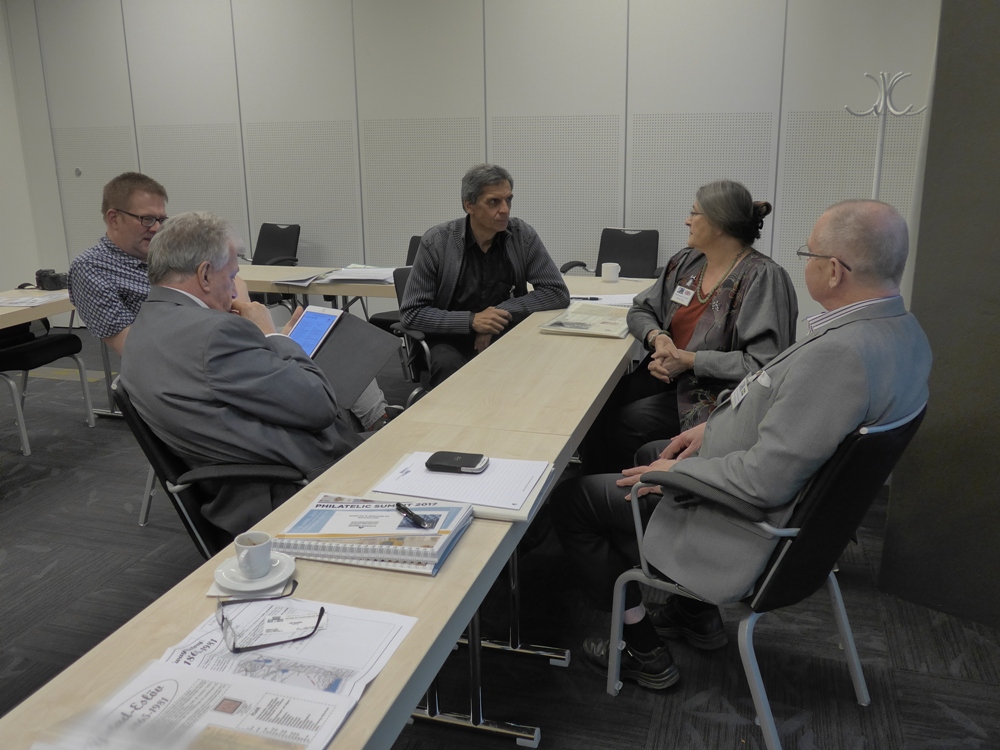 Philatelic Importance: Examples from Traditional Philately Classic Period, was presented by Gordon Eubanks from the USA, drawing amusing examples from his vast collections of stamps and covers with stamps. His two classic exhibits have both won the Champion of Champions award in the US.

Jamie Gough, also from the USA, an eminent postal historian and known as the world specialist on the UPU, presented Examples from Postal History Classic Period in his usual lively and knowledgeable manner. He is also a twice Champion of Champions, a judge, and writer.

The seminar on Research and References – How importance are to be addressed to statistics, provenance and research was given by Karl Louis of Corinphila Switzerland, a most interesting presentation with reference to his own research and how to reference this – using card index or digitally. He collects and writes about Great Britain’s stamps during the reign of Queen Victoria. 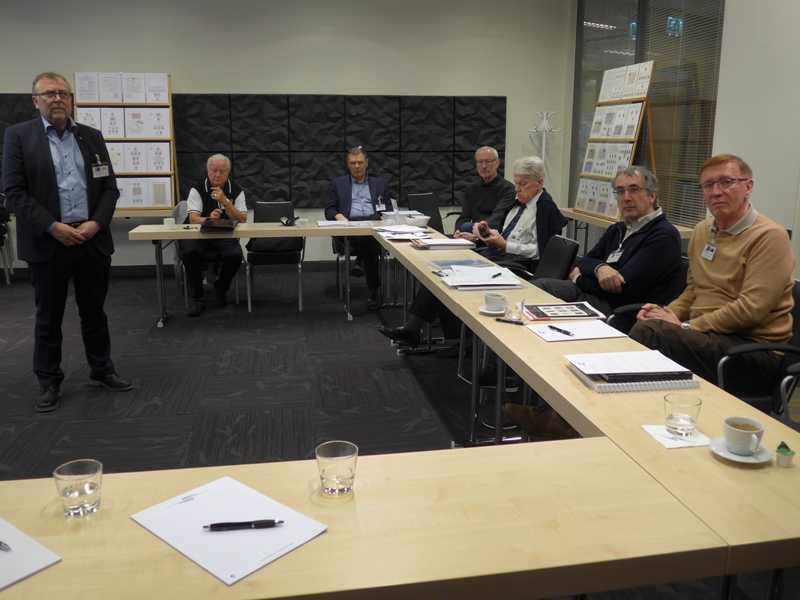 Saturday afternoon was given over to workshops, where participants had indicated their preference in advance. The Traditional Philately workshop was chaired by Lars Peter Svendsen from Denmark, the chairman of the Traditional Philately Commission, and known for his Heligoland and Tasmania exhibits, while Jamie Gough had the largest audience at the Postal History workshop. The Postal Stationery workshop was also chaired by a Commission chairman, Lars Engelbrecht from Denmark, known from many international seminars on exhibiting and judging. Damian Läge chaired the Thematic Philately workshop, and Birthe King chaired the workshop on Open Philately where the five participants had a real hands-on afternoon. 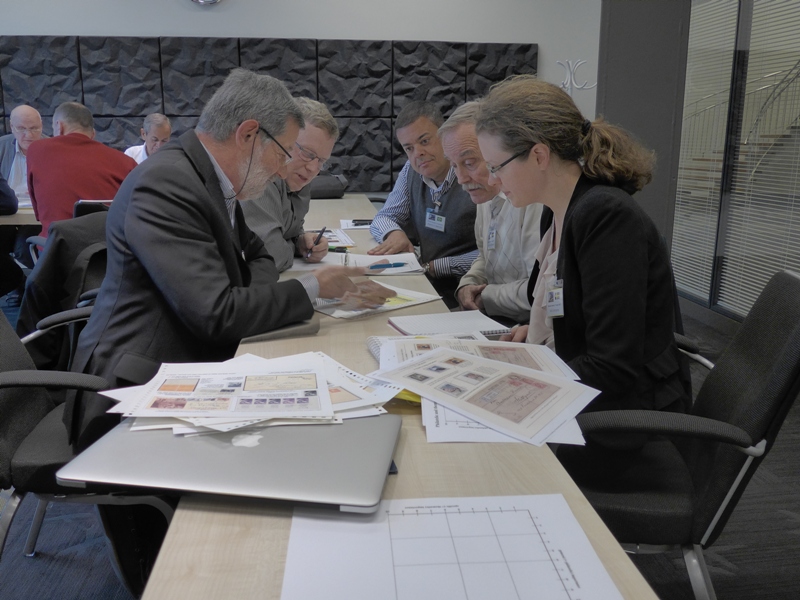 Sunday morning turned to the ‘modern period’ with Larry Haber from the USA presenting Examples from Traditional Philately Modern Period in a very entertaining but instructive way, employing his expertise from his exhibits on ‘Great Britain Machins’ (the long-running definitive series with the head of Elizabeth II), while Kjell Nilson from Sweden presented Examples from Postal History Modern Period with interesting Swedish material from his many exhibits covering postal rates, postal history 1939-1948,and the ‘Three Crowns’ definitives . The summit finished with A Market Perspective by Dieter Michelson from Heinrich Köhler Germany. He collects Irish postal history and hand-illustrated cover of the 19th century.

This was truly an outstanding philatelic event, and the lively socialising during coffee breaks, lunch, and at the two evening dinners proved that together with philately goes good food and drink, much talk, and more friendships.

… and the 2018 Philatelic Summit is already being planned.

Activities of Youth Philately in Luxembourg

New Board of the Hellenic Philatelic Federation
Scroll to top