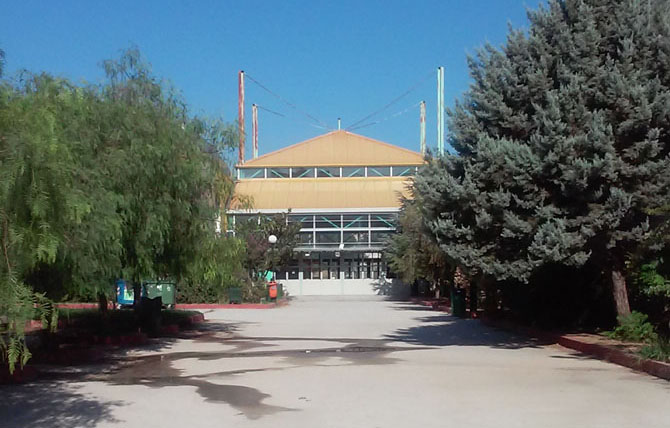 Entry forms are accepted from:
Exhibitors of the 21 invited NOTOS countries with any kind of exhibit.
Exhibitors outside NOTOS with exhibits related to the European South.
Philatelic Literature exhibitors worldwide with no restriction on the subject.

The Philosophy behind NOTOS 2015 is:
Main ingredients :  Exhibitors willing to exhibit; A strong team of qualified volunteers and a suitable exhibition hall.

The Philosophy of NOTOS 2015 would be a Milestone in the organization of the philatelic exhibitions of the future.

Just click http://hps.gr/notos2015 to enter into the NOTOS website. It is a very clever website. It is well designed, complete, the information is easy to be found and it is plenty of useful and updated facts.

Application for participation: The entry form is now on-line. Prospective exhibitors are requested to visit hps.gr/notos2015/entry-form/ and submit their application directly to the Organizing Committee. Once submitted, a copy of the completed entry form is e-mailed back to the exhibitor and the National Commissioner (where applicable).

Eligibility for participation:
♦ Exhibitors of the 21 invited NOTOS countries with any kind of exhibit.
♦ Exhibitors outside NOTOS with exhibits related to the European South.
♦ Philatelic Literature exhibitors worldwide with no restriction on the subject.

Expected participation: Eighteen of the twenty-one invited countries have accepted the invitation to participate in NOTOS 2015 and have already appointed a National Commissioner. Hopefully the remaining three will soon follow. Meanwhile, from the messages received, it seems that the exhibition is quite appealing to many collectors outside NOTOS as well.

Prelude to the international exhibition: From 4 to 10 November, in the same exhibition hall, a non-competitive exhibition will take place, namely “NOTOS 2015 Collectables”, which will include a variety of other collectables alongside the philatelic exhibits. Details are uploaded in Greek only on hps.gr/notos2015/el/, where prospective exhibitors can find the relative Guidelines and the Entry Form for participation.

Schedule of events: The principle features of the day-to-day exhibition program have been uploaded on hps.gr/notos2015/events-schedule/. The schedule will be further updated with details as they become available. Readers will observe that the rather unfriendly “Critique” was renamed to “Happy hour at the frames”, a small contribution for a pleasant starting point to this very important exhibition feature.

They said for NOTOS 2015:
“…This is a new style, no frills exhibition…” (ABPS Exhibitions News)
“…The fees per frame are very modest…” (AIJP News)
“…Literature exhibitors will be pleased. They need to submit one copy only of their publications…” (APHV, The Association of German stamp dealers)

Available in pdf at  http://hps.gr/notos2015/newsletters/