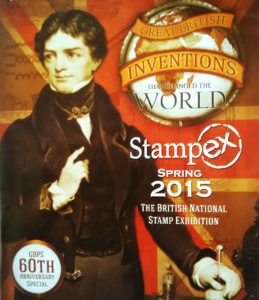 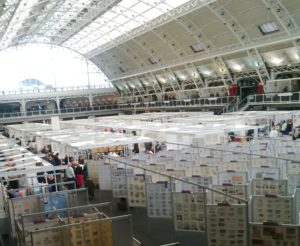 Left photo, the poster of the event. Right, general view of the exhibition with over 110 stands of dealers.

This Edition of Stampex has celebrated the sixtieth anniversary of the Great Britain Philatelic Society (GBPS), with a number of meetings and presentations. Philatelists of the United Kingdom and abroad, especially from the USA  took part in the competition. 93 exhibits were present with an extremely high level as demonstrated by the 17 Large Gold and 16 Gold medals awarded. 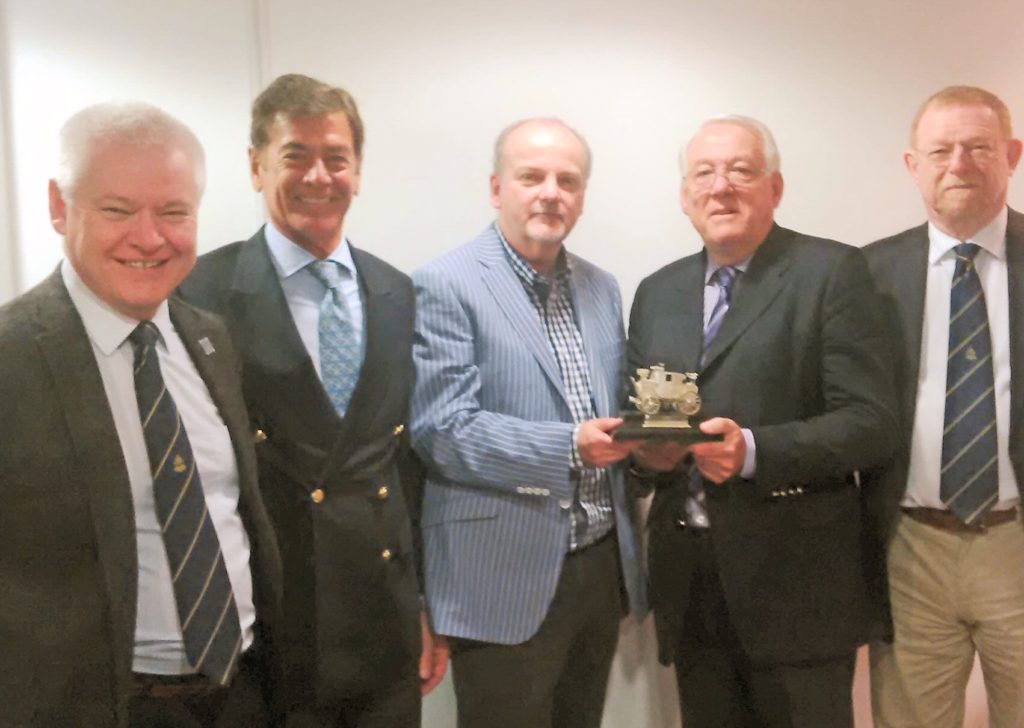 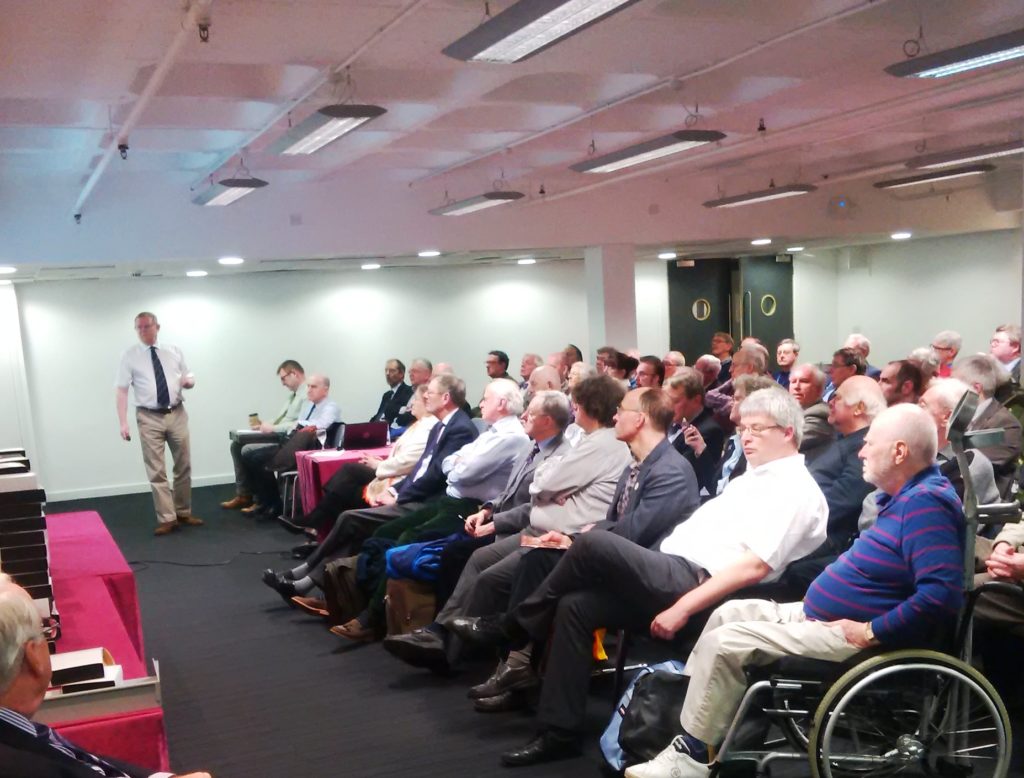 The Grand Prix was to Howard Hughes for his exhibit “The Maltese Cross”, a deep study of the world’s first obliterator. In the left picture, Frank Walton, General Commissioner of the next EUROPHILEX – LONDON 2015, José Ramón Moreno, FEPA President, the winner Howard Hughes receiving his trophy from Richard Stock, Jury President, and Chris King, President of the RPSL. Right, the interesting presentation about Local Postal History by Chris King.