Blog - Latest News
You are here: Home1 / News2 / WHAT A LESSON IN ORGANIZING PHILATELIC EXHIBITIONS! : NOTOS 2015 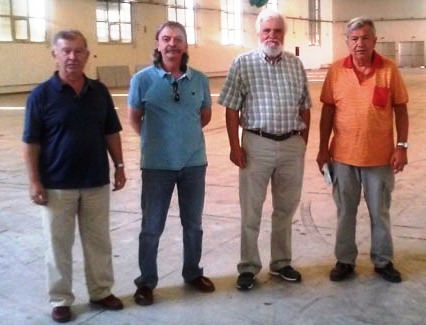 Pillars of the Exhibition. From left: Lorenzo Chazapis, in charge of hospitality and airport, Costas Chazapis, General Commissioner; George Sparis, President of the Organizing Committee and Joakim Chalvatdjidopoulos, the floor manager (photo by Nikos Mallouchos member of the OC responsible for Customs matters).

Many philatelists around the world thought that it was an utopia when they heard the concept behind NOTOS 2015. Organisers had as main ingredients: Exhibitors willing to exhibit; A strong team of qualified volunteers and a suitable exhibition hall. Their principal targets: High exhibition standards; Low exhibitor’s fees (20 Euros/ Frame); Reasonable budget: Free-of-charge exhibition hall; No publications or printings except Certificates; Instead: updated website, on-line forms etc.; No exhibitors’ medals; Certificates, SP, GP etc. as per GREX, FREGEX: No remuneration to Jury and Commissioners; Travel and accommodation as per GREX, FREGEX; Lots of man-hours contribution.

What happened in practice? The reality exceeded the most optimistic expectations. The ability, imagination, expertise and friendship applied, made of NOTOS 2015 an incredible success with a budget of 41.000 euros only i.e 10% approximately of the standard budgets for similar exhibitions.The amazing thing is that the funds were provided by the Hellenic Philotelic Society only. Which Philatelic Society can finance an international exhibition, if we possibly exclude APS or RPSL?

NOTOS 2015 proved to be a milestone in the organization of future philatelic exhibitions for many reasons.

The venue, the very good and plenty of space Peristeri Exhibition Center, was 15 minutes far from the official Hotel, by direct line Metro. The design of the exhibition was very clever in order to admire the excellent exhibits they were able to attract; The completely renovated 4 stars Hotel right in the centre of Athens, in front of the Parliament, next to Metro station, providing excellent facilities and services; The organisation was efficient, punctual but still friendly made easier the Commissioner’s tasks. The website was outstanding. Please do not miss it: http://hps.gr/notos2015/ . The work of the Jury and the Expert Team was especially valuable as seldom you can find a jury with members so knowledgeable of the material of the South European and Balkan countries. All of it impregnated of innovative solutions which for sure will be applied in the future international exhibitions.

To achieve it is necessary not only to be very clever, efficient and ready to work extremely hard as they has done, but also a lot of courage to go over such enormous task with such a limited budget, that was not noticed as the quality of all aspects of the exhibition exceeded the international standards. Congratulations! 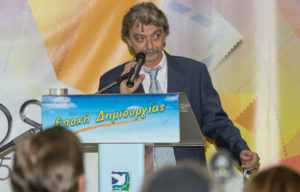 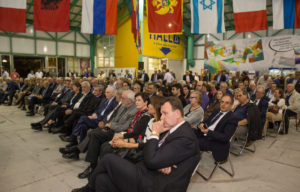 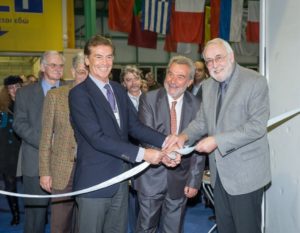 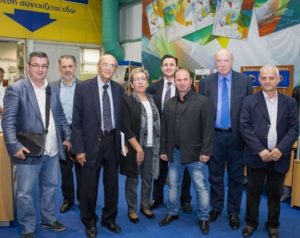 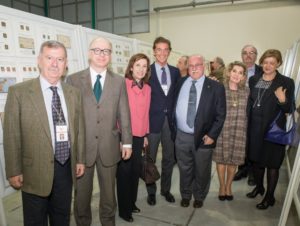 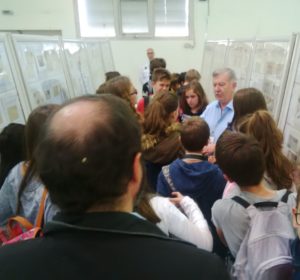 The entry forms were accepted from: Exhibitors of the 21 invited NOTOS countries (Bosnia & Herzegovina abstained) with any kind of exhibit. Exhibitors outside NOTOS with exhibits related to the European South. Philatelic Literature exhibitors worldwide with no restriction on the subject.

The initial target of 800 frames was easily surpassed, since exhibitors mainly from the countries of the European South applied for considerably more frames . The Organizing Committee decided to increase the total exhibition space to 3.500 m2, so that, a total of 1250 frames were finally accommodated, including three invited collections and Jury Class exhibits.

Participated the 20 invited countries of the European South and Balkan Peninsula, along with exhibitors from Austria, Canada, Chile, Czech Republic, Denmark, Germany, Netherlands, Pakistan, People’s Republic of China, Poland, Republic of Korea, Russia, Switzerland, Ukraine, United Kingdom and United States. In total there was a participation of 36 countries. 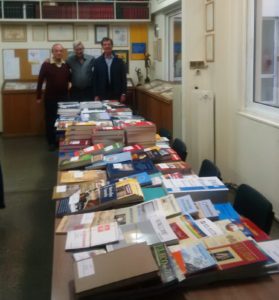 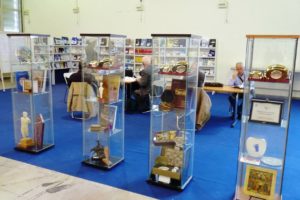 The Philatelic Literature Supplement is a wonderful catalogue including all relevant details of every item, not to be missed:http://hps.gr/notos2015/philatelic-literature-supplement/ 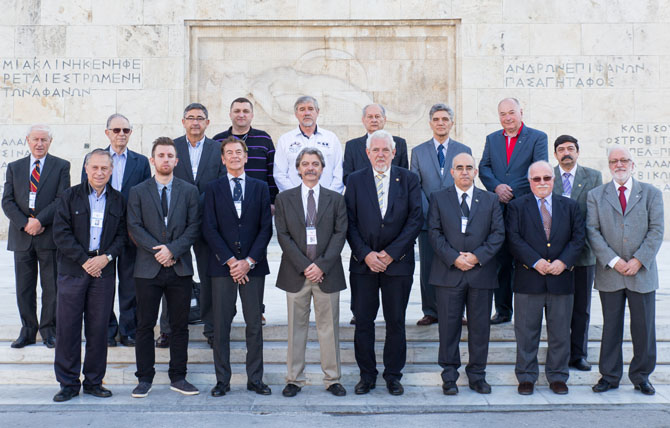 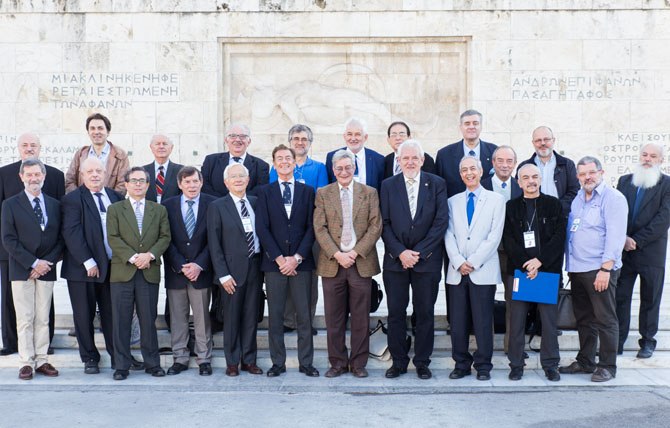 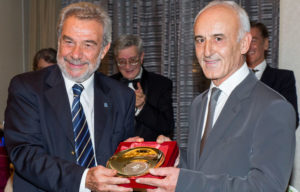 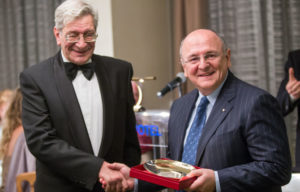 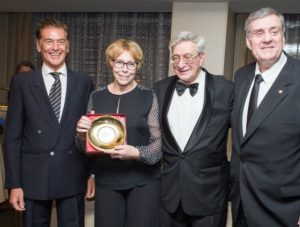 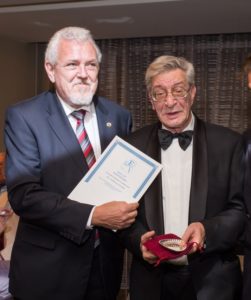 Left, J-Ramon Moreno, Michele Chauvet Grand Prix winner of the Class des Chamipons, A. Virvilis and J-P. Magne Secretary of the Jury. Right, A. Kunz, FEPA Consultant of NOTOS 2015, handing over the FEPA 25th anniversary commemorative memento to A. Virvilis, past Board member of FEPA. 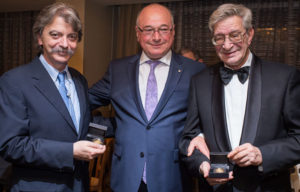 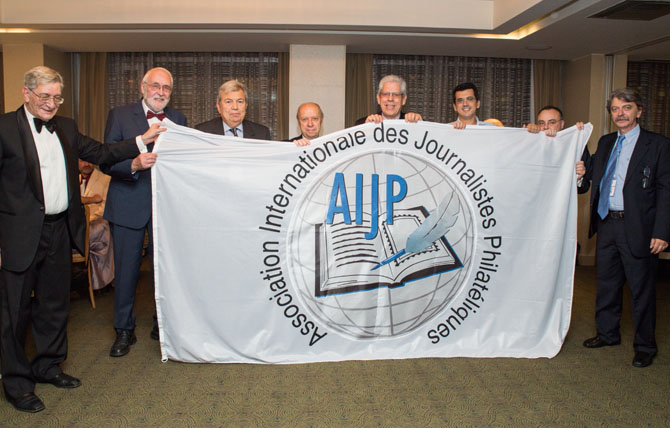 Left, A. Virvilis, Wolfgang Maassen, President of the International Association of Philatelic Journalists and Authors and the members of the Organising Committee J. Chalvadjidopoulos, B. Petrochilos, N. Mallouchos, A. Nikolaidis, A. Manoloudis and C. Chazapis deliver the AIJP flag. 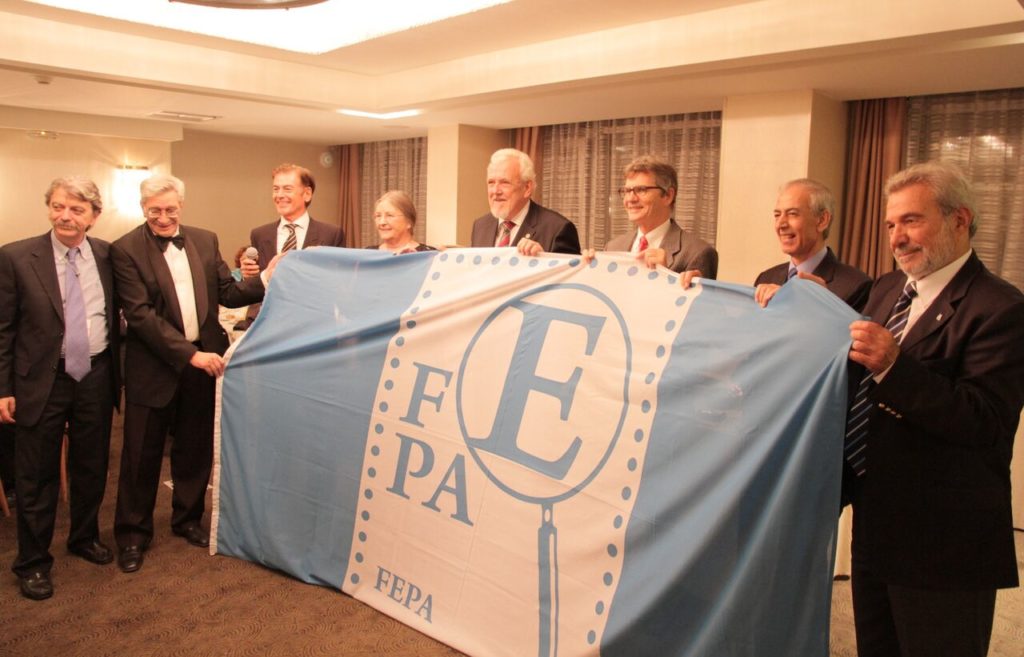 From left, C. Chazapis, A. Virvilis, the members of the FEPA Board J-R. Moreno, B. King, A. Kunz, B. Bracic, N. Rangos and P. Leoussis, President of the Hellenic Philatelic Federation, deliver the FEPA flag.

Video of the Palmares ceremony of NOTOS 2015

“THE 3RD CONTINENTAL PHILATELIC EXHIBITION” AT CAIRO, RECEIVES THE FEPA...
Scroll to top