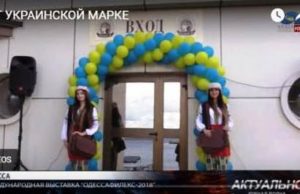 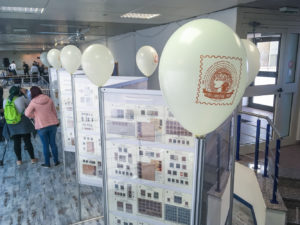 The fourth International Philatelic Exhibition  with FEPA Recognition “Odessafilex” was open for experienced collectors and first time exhibitors from the  26th to the 30th of September. 109 Exhibits of all Philatelic Classes including Youth, Literature, Open Philately and Picture Postcard has been present at the FEPA Exhibition ODESSAPHILEX 2018 in the Maritime Gallery at the Marine Station.

The exhibition is held once every two years and the 2018 edition was dedicated to the 100th Anniversary of the first Ukrainian stamps that came into circulation in the short period of the existence of independent Ukraine at the beginning of the last century. 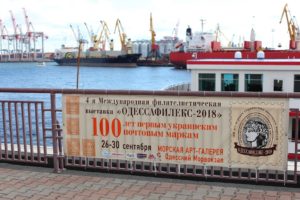 The exhibition took place only a few meters from the Black Sea, the poster about the exhibition overlooking the harbor

According to Dmitry Frenkel, President of the Association of Philatelists, more than a hundred collections  from Germany, Poland, Belarus, Ukraine, Bulgaria and Israel took part in the international forum. 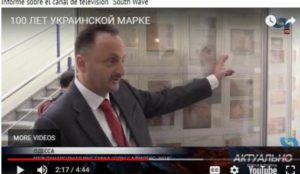 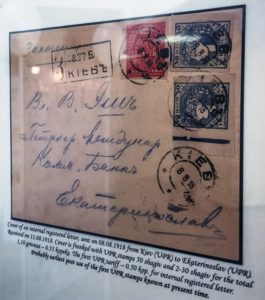 Mr. Dmitri Frenkel explaining one exhibit to the TV cameras

“This year, there was a very high level of participants and the presentation of exhibits,” said Dmitry Frenkel. – There are just fantastic things rarely. For example, an envelope with a stamp that passed mail on August 8, 1918. It is precisely from him that the Ukrainian postage stamp carries his calculations. ”

The jewel amongst the Ukranian exhibits is by right considered the collection of Peter Borukhovich from Zaporozhye. It covers the period of existence of the Ukrainian power from April to December 1918, also called the Second Hetmanate.

The state that existed for half a year used the stamps of the Russian Empire, which showed the image of the Ukrainian trident. Each province had its own image. The collection of Borukhovich tells about their species, which sometimes differed even within one county. There are also Odessa tridentes – about ten species. Running forward we will say that a similar situation has developed in Ukraine and in 1991, after the collapse of the USSR. It is also dedicated im the frames of the exhibition.

“I began to work in this direction in 1998, – says the Zaporozhye collector. – Then only there was an opportunity to properly process and represent such material. In the Soviet Union, they did not enjoy the periods of independence of Ukraine. It was impossible to get on with this collection at the exhibitions. ” 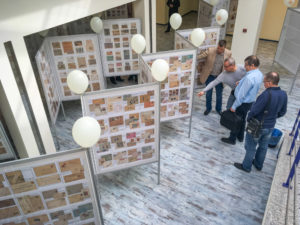 Partial view of the exhibition

According to Petro Borukhovich, most postal stamps of that time were taken out of the country after the Second World War, and only since the 2000s there was an opportunity to participate in international auctions and bring them back to Ukraine.

“My 2/3 collection consists of stamps from European auctions and one third of found and redeemed in Ukraine,” the collector shares. “There were crazy rarities in Ukraine, but people do not understand their value, but in Europe they know the price and have had to go out”. 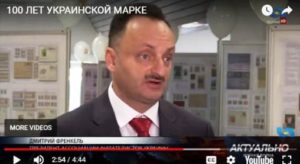 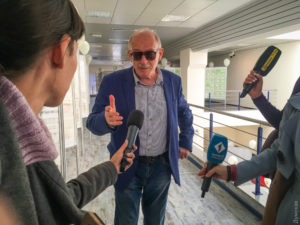 ODESSAPHILEX 2018 has had a great impact on the media. Left photo, Mr. Dmitry Frenkel, President of the Association of Philatelists of Ukraine. Right, Mr. Peter Borukhovich

However, there were collections of not only Ukrainian subjects at the exhibition. An interesting exhibit dedicated to the history of French painting was interesting. The collection presented reproductions of the most famous paintings of the classics: from Gothic to abstract art. Another unusual exhibit is a collection of postcards, postings, custom letters and telegrams devoted to the 1936 Olympics in Nazi Berlin. 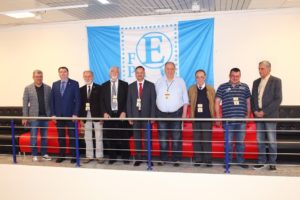 Commissioners from Belarus, Germany and Bulgaria as well as the jury of the exhibition in front of the FEPA flag

Exhibitors do not just exhibited their collections. First and foremost, they come to compete. According to the judge of the international jury, Mikhail Kramarenko, the “Duma” judge, the main thing in the collection is not only the rarity of a single stamp (although it is also).

“The value of the collection, if not speaking about personal perception, is objectively expressed in the completeness of the theme of the chosen collector,” said Kramarenko. – The rarity of materials is important, their condition, the design of the pages, the research that the compiler has spent using the materials collected. ”

According to the jurors, many exhibits for the past two years have significantly increased and supplemented. 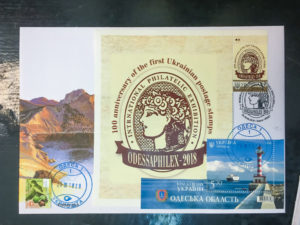 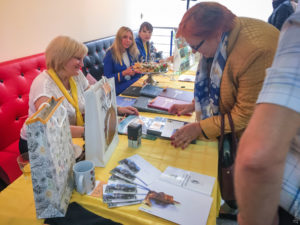 “From the outside it may seem that philately is not in fashion now,” says Mikhail Kramarenko. – But judging by the fact that the queues stand behind the fresh circulation of post stamps that print national mail in different countries, this is far from the case. It’s just that young people now sit on Internet sites and rarely participate in live shows. ” 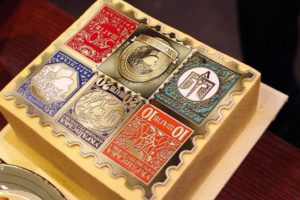 as a delicious cake. Please turn the picture, it is upside down.

Mr. Dmitry Frenkel, President of the Association of Philatelists of Ukraine,

presenting the Grand Prix of the Exhibition to Dr. Ing. Wolfgang Leupold from Germany

The Best Maximum Card of the World
Scroll to top