Blog - Latest News
You are here: Home1 / Updates2 / Presentation of the FEPA Awards 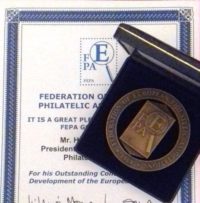 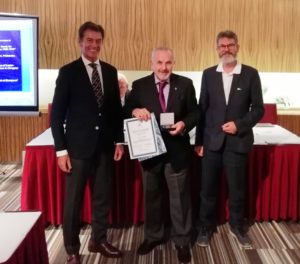 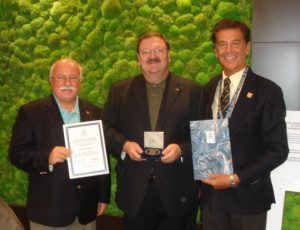 From left to right: Pedro Vaz Pereira, President of the Portuguese Federation of Philately and FEPA Honorary President, Dr. Raul Moreira with his Medal for exceptional support to organised philately and José Ramón Moreno, FEPA President, at the Hotel Clarion Congress Prague on the 16th of August. 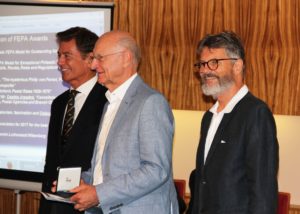 From left, José Ramón Moreno, Brian Trotter with his FEPA Medal for exceptional philatelic study and research, and Bojan Bracic, at the FEPA Congress.

A Certificate was awarded to the other finalists (listed in alphabetical order of the country): 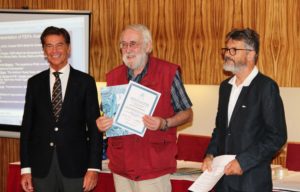 Wolfgang Maassen (Germany), finalist for The mysterious Philip von Ferrari, Philatelist, Philanthrope and Cosmopolite. In the picture, Wolfgang Maassen in the centre with the FEPA President José Ramón Moreno on the left and the FEPA Secretary, Bojan Bracic on the right side. 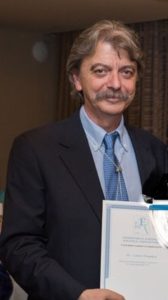 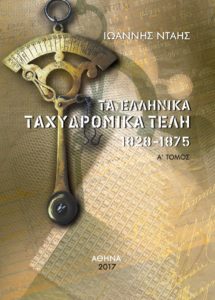 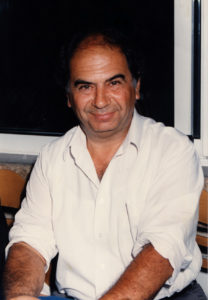 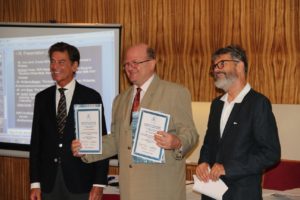 Gudlin Tamás and Csatlós Árpádné (Hungary), finalists for Cancellation of letter-collecting agencies, postal agencies and branch offices in Hungary (1788–2014). Karoly Szucs received the Certificates on behalf of the authors. 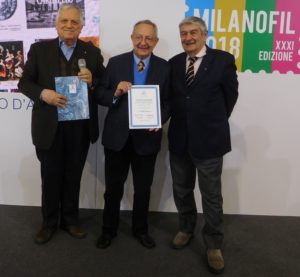 Emanuele M. Gabbini (Italy), finalist for “Postal Parcels”. The FSFI Congress at Milanofil 2018 on the 24th of March was the occasion for presenting the FEPA Certificate to Emanuele M. Gabbini (in the middle) by FEPA Vice-President Giancarlo Morolli (on the left) in presence of the President of the Italian Federation, Piero Macrelli (on the right). 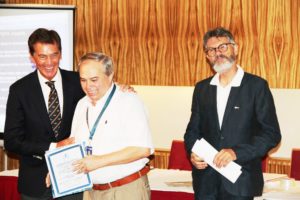 FEPA Certificate of Appreciation 2017 for outstanding activities for the promotion of philately: 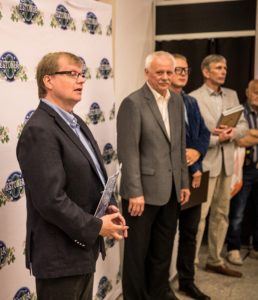 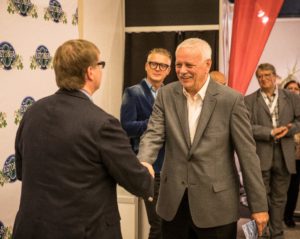 International Estonian Philatelic Society (REFS) “Estonia” (Estonia). The Certificate of Appreciation was handed out by the FEPA Board Member and Webmaster Ari Muhonen to Mr. Peter Sgirka on the 13th of July at the Opening Ceremony of the FEPA Exhibition ESTEX 2018 in Tallinn. 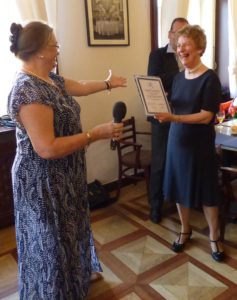 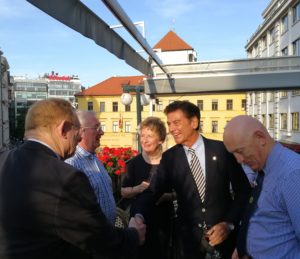 The Czechoslovak Philatelic Society of Great Britain (Great Britain). On the 17th of August Birthe King, FEPA Director presented the Certificate to Yvonne Wheatley on behalf of the Society (Left photo). On the right photo, José Ramón Moreno, FEPA  President meets members of the Czechoslovak Philatelic Society of Great Britain at the dinner arranged by Milan Cernik and Hans van Dooremalen that was attended by 124 members of the Club from 8 countries at the beautiful Adria building in Prague.

Associazione Italiana Collezionisti Posta Militare (Italy), will received its Certificate of Appreciation on occassion of the FEPA Exhibition ITALIA 2018 next November in Verona. 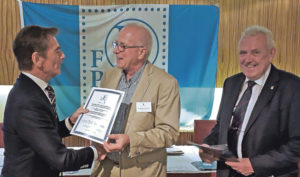