At the ordinary Assembly of delegates of the Swiss Federation of Philatelic Societies in La Chaux-de-Fonds, Rolf Leuthard was elected as the new Central Chairman of the VSPhV / FSPhS.

Rolf Leuthard officially took office on 1st January 2019 and succeeded Hans Schwarz. The latter led the Federation for about 2 ½ years after Ivo Bader’s resignation for health reasons in mid-2016. François Bernath, then Vice-President, did not want to take over this position. Then, Hans Schwarz has been elected Vice-President.

With this “rotation of function” at the head of the Federation, continuity within the Central Committee is ensured and know-how preserved.

The appointment of the head of Dicastery 1 (Work for Succession and Communication) remains open. 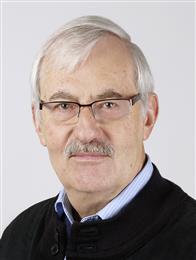 Rolf Leuthard (1950) has a wealth of professional experience from various leadership positions in the military and administration as well as numerous presidencies of associations and societies. He is also an excellent philatelist who has exhibited successfully in Switzerland and abroad.

From FEPA we wish to Mr. Leuthard and to his team every success. 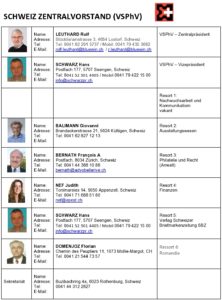 The Atlantic invite the Alpen-Adria running to the 500 years of the Post Office...
Scroll to top