Two catalogues to fall in love with!

In just a few weeks, on 28 May 2019, the International Stamp Exhibition STOCKHOLMIA 2019 in Sweden’s capital Stockholm will open its doors to visitors from all over the world. Everything is perfectly prepared, everything – as they say – is nicely ‘cut and dried’. Anyone interested can find the essential information on the exhibition at www.stockholmia2019.se.

Planned over two years and now nearing completion are the two catalogues that will be published for the exhibition. These will be presented on 11 April 2019 at the Royal Philatelic Society London (RPSL), the ‘founding’ of which is dedicated this exhibition honouring its 150th anniversary. The worldwide dispatch of catalogues will begin on the same day, so that all those who want to inform themselves in detail about the exhibition in advance can do so in good time.

The catalogues offer much more than one is used to regarding other events of this kind. With just under 800 large-format pages and an estimated weight of almost 3 kg, they are already making their mark. Catalogue 1 (this is the exhibition catalogue) contains information of all kinds typical of exhibitions (including lists of exhibits) as well as many specialist articles on British and Swedish philately, but also on the history and unique achievements of the ‘Royal’, which is considered to be the oldest in the world. Well-known experts and connoisseurs have given their best under the direction of editor-in-chief Jonas Hällström, who is also head of the event’s organising team. The result is a 430-page book that has not existed in this form for a long time, with countless colour illustrations of rarities, unique items and more.

Perhaps this exhibition catalogue has already earned the title of ‘world class’, but this probably also applies to the second one, which is also something out of the ordinary: the literature catalogue. It is well known that the ‘Royal’ was and is the society with what is probably the largest and most valuable philatelic library, which is constantly being expanded and supplemented with new titles. For almost 150 years it has been publishing its own publications, and for almost 100 years it has awarded the oldest literature medal to outstanding titles, the Crawford Medal. In addition to the over 100 competition exhibits in the literature class at Stockholmia, which are shown extensively, catalogue author Wolfgang Maassen also dedicates himself to the earlier literature of the ‘Royal’ as well as to all the titles that have been awarded the prestigious Crawford Medal. More than 300 pages with approximately 1,000 partly unique photographs of these valuable publications have come together! This is supplemented by, for the first time, an almost complete list of over 800 titles of the so-called ‘handouts’, the booklets and papers which were published for the RPSL for lectures and displays by their presenters. There has never been such a book before and it is really unique in its own way. Both books were designed and edited by the Phil*CreativVerlag publishing house in Schwalmtal.

Advance purchases in Gouda and Essen

The print runs and presentation of both catalogues are specified. Both catalogues are available separately at a price of 20 euros in softbound form. For such ‘mammoth works’ these prices are favourable and only possible thanks to the many advertisers and sponsors, above all Alan Holyoake. The first sale will take place in London on 11 April 2019 at the presentation at the RPSL, followed on 18–20 April 2019 at the Multilateral Exhibition in Gouda, Netherlands: the catalogues will be available there at the large stand of CorinphilaVeilingen, the main sponsor. A few weeks later, from 9 to 11 May 2019 at the 29th International Stamp Fair in Essen, the catalogues can be purchased at the stand of Phil*CreativVerlag.

There is also the opportunity to buy a limited special edition of these catalogues as hardbound volumes – but only as a set – for a price of 75 euros. When purchasing a set of the two softbound volumes, the price is only 35 euros instead of 40 euros.

These events and opportunities are recommended to all visitors who will be present, because one saves so much expensive postage for the (international) dispatch.

Of course, all those who are not in London, Gouda or Essen, or perhaps not at Stockholmia, will also have the chance to purchase these unique catalogues. Exhibitors will only receive them in Stockholm, but of course anyone can also take a look at the catalogues beforehand if they purchase or order them in advance. However, in addition to the prices per catalogue or catalogue set, the shipping costs for postage and packing must then be taken into account. Shipping begins on 11 April 2019; orders may be placed on the websitewww.stockholmia2019catalogues.com from February.

Shipping costs per catalogue/package within Germany – 6 euros, EU: 11 euros, NON-EU and rest of the world: 18 euros. If you wish to have tracking / insurance, add 2.50 euros (Europe) or 4 euros (worldwide). For a set double these amounts are due, as these are to be sent only in more costly packaging. The exclusive distributor for the catalogues is the Phil*CreativVerlag publishing house at 41366 Schwalmtal, Vogelsratherweg 27, Germany, Tel. ++ 49 / 21 63 / 48 66. The catalogues are not available in bookshops. Please send enquiries/orders by email to:faktura@philcreativ.de 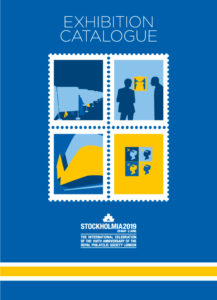 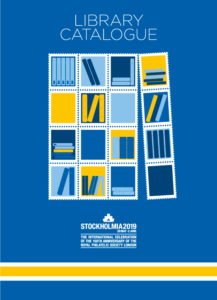 The European Academy of Philately: Issued the second number of Trait d’Union...

The printed Magazine “FEPA News” for the first Semester of 2019 is also...
Scroll to top