Blog - Latest News
You are here: Home1 / Updates2 / “The letter on its way” : Postal History Exhibition of key letters in ...

Are on display 200 key historical letters presented for the first time all together, coming from different state archives and private collections, analyzed from both their philatelic and historic relevance.

The exhibition includes the first letter from Colon informing of his discoveries to the Spanish King and Queen (15th February 1493), answer from the Spanish King (Barcelona 18th August 1493) , letter to Spanish Minister from the Universal Lord of Japan Tokukawa Hidedata (1610), Inca’s Chasquis letters, letters from Simon Bolivar, from Georges Washington “to the chiefs of the Choctaw Nation” amongst many others most incredible all original documents. 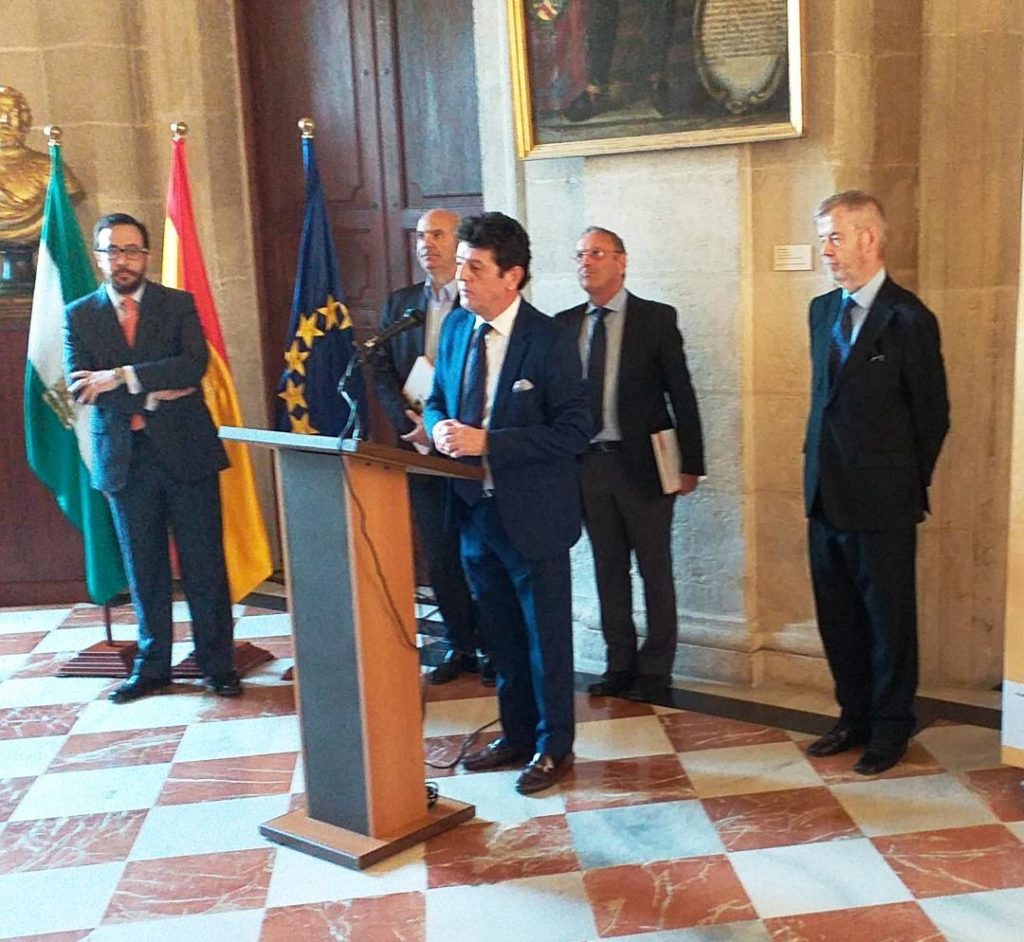 In Seville, in the General Archive of the Indies and displayed over three huge galleries on the top floor,the exhibition was opened on May 17th and will continue until July 21th.

Thr title of the exhibition “The letter on its way”, recalls the beautiful poem by Pablo Neruda, which concludes: “… my hand writes this letter on the way and in the middle of life I will always be with my friend…” 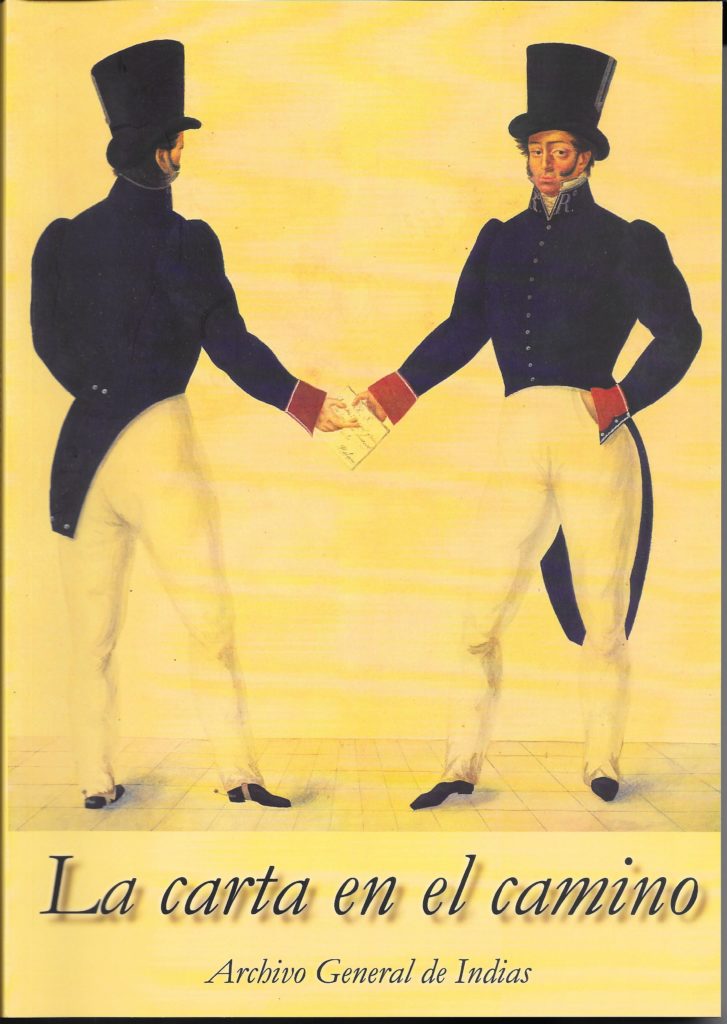 The cover of the fantastic Catalogue

From May 17, the famous Mercantile Exchange Building, designed by architect Juan de Herrera, houses this exceptional exhibition, of which Manuel Álvarez, archivist of the General Archive of Indias is curator. 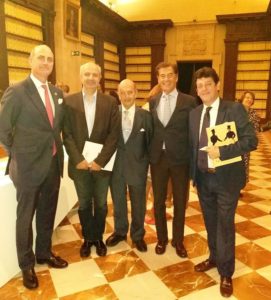 Letters from kings, conquerors, saints, intellectuals, political leaders … Two hundred documents never seen together. And a unique opportunity for our Postal History to have the recognition it deserves.

‘EL ECO Filatélico’ has collaborated, together with the Spanish Post “Correos”, represented by its philatelic director Modesto Fraguas ( undoubtedly one of the best responsible for philately in the last 50 years), in the realization of the catalog of this extraordinary exhibition, thus commemorating the 75th anniversary of the oldest magazine of Philately in Spanish language.A careful volume, by the NEXO Group, which ensures that this exhibition transcends time and allows us to delight in the contemplation of letters that make history. 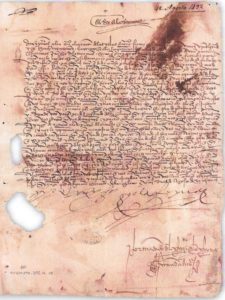 Barcelona, 18th August 1493. Letter from the Spanish Queen and King to Colon asking him to do his second trip

The event was presented by Commissioner Manuel Álvarez Casado, head of the archives section of the AGI and “in love with madness”, as he says, of the archive. The director of the General Archive of Indies (AGI), Manuel Ravina took the floor and expressed his pride that such important documents could be exhibited in this fabulous and grandiose venue. The director of El Eco Philatelic Magazine, Eugenio de Quesada, worked hard and well for the exhibition, with the Commissioner and for the preparation and editing of the impressive catalog, as all the speakers recognized. 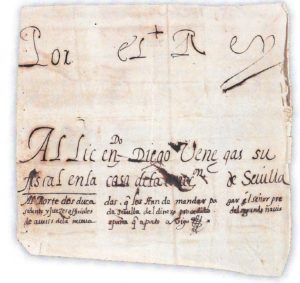 24 June 1610. Letter from the Universal Lord of Japan Tokukawa Hidedata to the Spanidh Minister the Duke of Lerma

The General Director of Fine Arts, Román Fernández emphasized the effort to get the 200 documents exhibited coming mostly from the funds of the AGI. with the participation of others from the Historical Archive of the Nobility of Toledo and a wonderful collection of messengers such as the Chasquis of Nueva Granada by Eugenio de Quesada. 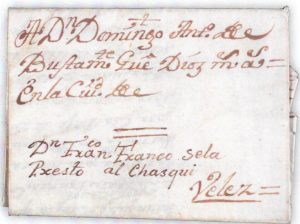 2nd December 1774. Letter with the mention “Given to the Chasqui (Inca’s postal system), Franco -Franco. From the collection of Eugenio de Quesada. 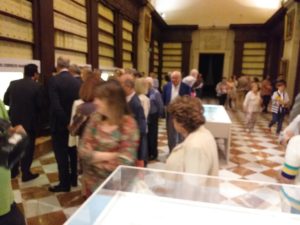 View of one of the three huge halls that hosted the exhibition, always plenty of visitors. 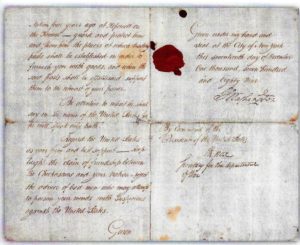 New York, 17th December 1769. Letter from Georges Washington “to the chiefs of the Choctaw Nation” regarding the signed Commercial Treaty.

Our congratulations to all the “architects” of this impressive exhibition.