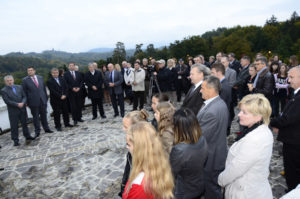 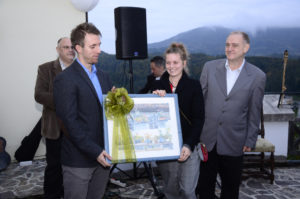 The three-day philatelic event began on Friday, October 9th 2015 on tower of Castle Trakoscan with the opening ceremony of National Philatelic Exhibition of Young Philatelists “TRAKOSCAN 2015” with international participation. At the same time, presented was retrospective exhibition of photographs which have shown the work of young philatelists through last nine years. Opening ceremony, in which, except participants from Croatia were also present participants from Slovenia, Slovakia and Hungary, was attended by numerous guests from cultural and public life of Varazdin County and beyond. The most emotional part of the ceremony was the part where ‘12 enthusiasts’ (people who contributed the most) received their plaques for their contribution in 10 years of School of Young Philatelists. Most festive part was the part when School of Young Philatelists was named Educational Center of Youth Philately in Croatia. Decision about proclamation was read by president of Croatian Philatelic Federation, Mr. Tihomir Bilandzic. On behalf of ’12 enthusiasts’ former vice president of Croatian Parliament, Mr. Ivan Jarnjak and representative of Croatian Post, Mrs. Stela Prislan-Fujs, Ph.D. have addressed themselves to the crowd. Exhibition was opened by the Deputy Governor of Varazdin County, Mr. Alen Kisic. The ceremony began and ended with sounds of the band “Kavaliri” and “Kaliope”, who wished: “Let the whole world becomes as fairy tale!” 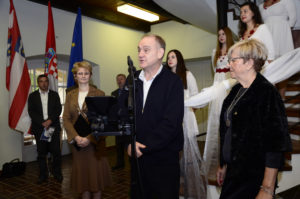 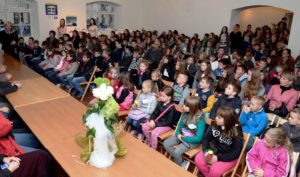 Left Photo: Opening ceremony of X. School of Young Philatelists “TRAKOSCAN 2015”. Right: Opening was attended by about 200 children and young people with their mentors 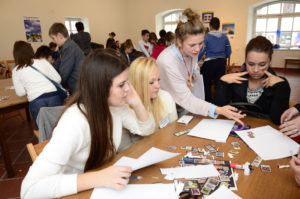 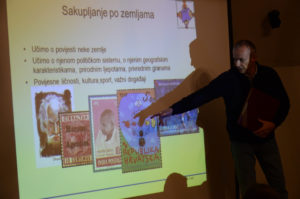 Workshop of “Advanced” and “Experts” groups

On Saturday, October 10th, Trakoscan story continued with official opening ceremony of the jubilee of X. School of Young Philatelists “TRAKOSCAN 2015”. The opening was attended by about 200 children and young people with their mentors from across the Varazdin County, Krapina-Zagorje County and from Republic of Slovenia. With Mrs. Marija Kolacko – the initiator of School of Young Philatelists, participants and guests were addressed by the Major of Bednja Mr. Mirko Bistrovic, president of the Croatian Philatelic Federation Mr. Tihomir Bilandzic, president of Club of Young Phialtelists Mr. Dino Muric and representative of Croatian Post Mrs. Drazenka Zagorec who pointed out that this year Croatian Post marked this Anniversary by issuing a commemorative postcard that will be in use in regular postal service. Commemorative issues that accompany this year’s event in Trakoscan were also presented: two commemorative envelopes and three postal marks. Special form of post transfer was presented to all participants, post was transferred by carriage on relation Trakoscan – Lepoglava. 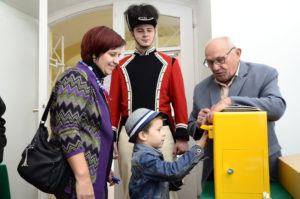 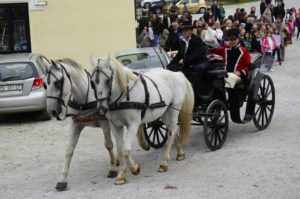 10th School of Young Philatelists was conceived as a philatelic event at national level with international participation. Concept is based on an educational program with a view that children through postage stamps learn about national, historical, cultural, and natural heritage. Children – participants (from 6 till 18 years) in this way explore their homeland and countries of Europe and the world, meet new friends, change their cultural habits, worldviews and system of true values. Participants were divided into 4 groups, depending on the degree of knowledge of philately: Preschool age, Beginners, Advanced and Experts. 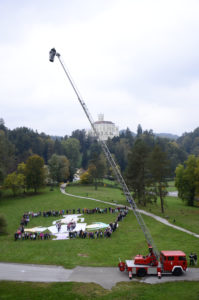 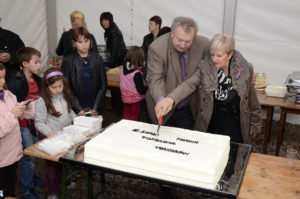 A numerous accompanying activities were also prepared and presented to participants. On the occasion of ten-year jubilee a Millennium photo by Sime Strikoman was taken. Participants formed a postage stamp sized 25×25 meters, with jubilee number 10 in the middle. Three day event ended on Sunday morning with a roundtable about the future of youth philately in Croatia.

OUTSTANDING SUPPORT TO PHILATELY FROM H.M. KING SIMEON OF BULGARIA
Scroll to top