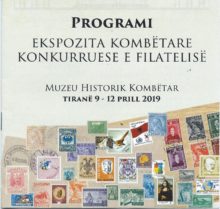 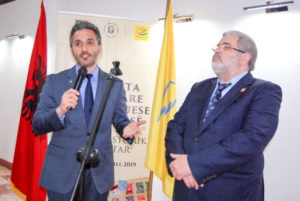 The Association of Collectors of Albania organized their first competitive national exhibition hold in Tirana from 9th to 12th April 2019. On display were 18 exhibits from different classes including Picture Postcard Class plus four titles of literature.

As they haven’t any jurors, they invited for this duty Boncho Bonev, Nicos Rangos and Bojan Bračič who did their work in pleasant atmosphere; the organisers and exhibitors were satisfied. 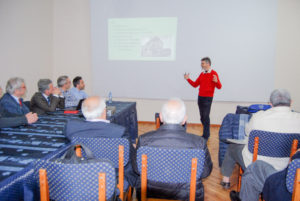 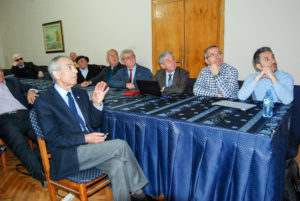 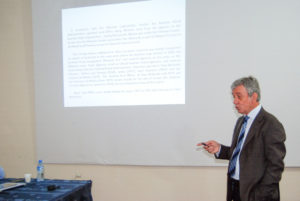 Bojan Bračič, Nicos Rangos and Jovan Basho at their lectures

Along to exhibition there was a sSeminar with three themes. Bojan Bračič had a lecture Experiences at Judging Picture postcards Exhibit, Nicos Rangos explains How  to Attract Students 14 Year Old for a Philatelic Written Competition and Jovan Basho present his research of Austrian and Italian Levant Along the Albanian Shores. 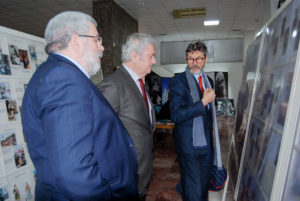 Last day of the exhibition all jurors had long talks with exhibitors to explain them how to improve their exhibits, so everybody can receive lot of useful information how to create good exhibit. 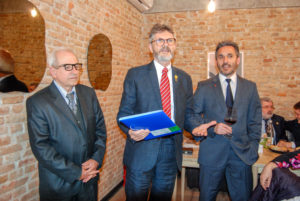 Bojan Bračič at his short speech before presenting prizes still hidden in blue folder. Left is Edmond Budo Secretary of Association of Collectors of Albania 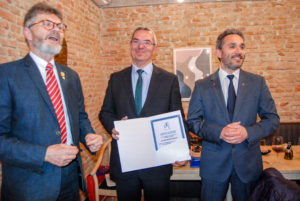 Bojan Bračič, Muharem Gimjani with his Certificate and Julian Demeti with the FEPA Gold Pin already on his jacket.

On palmares dinner Bojan Bračič on behalf of FEPA presented to Julian Demeti, president of Association of Collectors of Albania, FEPA Gold Pin and to its precedent Muharem Gimjani FEPA Honorary Certificate.