Congratulations to the Austrian Federation (VÖPh) which has succeeded – in the face of all the current restrictions – in holding ÖVEBRIA 2020, its national exhibition with international participation, live in Sankt Pölten from 2nd – 4th October 2020.

The local authority agreed to allow the exhibition to take place as a special fair but the necessary health guidelines had to be followed which required careful planning and restrictions. Even so, it attracted many visitors to see an extensive range of philatelic exhibits (approx 500 square metres)  from Austria and further afield, especially from Heidenheim in Germany which is partnered with St Pölten. 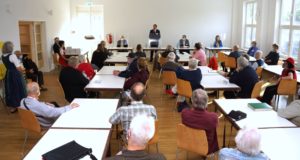 The show was opened by Matthias Stadler, the Mayor of St Pölten, who thanked the organisers for their work especially at this difficult time (Photo above). 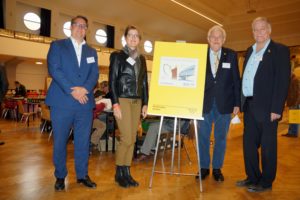 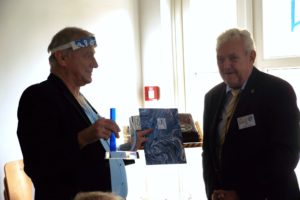 ÖVEBRIA has FEPA recognition and a special FEPA award was made at the show to Mag. Helmut Kogler, President of the St Pölten Club and also of the Austrian Federation, by FEPA Board Member Alfred Kunz (Photo above).

Virtual EXFILNA 2020 is a great success