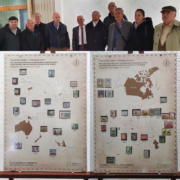 The Society of Philatelists and Collectors of Sarajevo (Udruzenje filatelista i kolekcionara kantona Sarajevo) organised in May an exhibition honouring Queen Elizabeth II and sent to FEPA News the following report:

QUEEN ELIZABETH II ON POSTAGE STAMPS OF THE WORLD

These two important dates in Queen’s life have been celebrated around the world. Among those who organized corresponding events are Members of the Association of Philatelists and Numismatists of Sarajevo, Bosnia and Herzegovina. They decided to mark these two events in their own specific way by organizing an exhibition of postage stamps with the image of Queen Elizabeth II. The exhibition had a double goal.

1. To remind the citizens of Sarajevo of Queen Elizabeth II, beloved and respected around the world. Having said that, the stamps coming from the United Kingdom, ex British colonies and the Commonwealth were selected and presented.
2. The permanent mission of the Philatelic Society of Sarajevo is the promotion of philately among the citizens of Bosnia and Herzegovina, especially young people. Since the postage stamps with the image of Queen Elizabeth II is an attractive philatelic theme it was expected to have increased interest in postage stamps among visitors.

The exhibition was organized and set up in the following way:
1. All stamps and style sheets were placed on B2 format panels.
2. The continents were drawn on the first five panels and the countries that issued postage stamps with the image of Queen Elizabeth were marked. One stamp was placed for each country, a total of 69 countries. The goal of the exhibition was not to present expensive and rare stamps, but the size of the British Empire and the number of countries that honored the Queen by issuing postage stamps with her image.
3. The other five panels showed stamps from the Queen’s daily life and her participation in various events.

Among the distinguished guests who visited the exhibition was Mr. Matthew Field, appointed as Her Majesty’s Ambassador to Bosnia and Herzegovina. 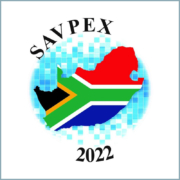 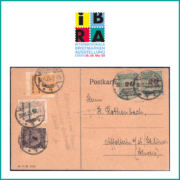 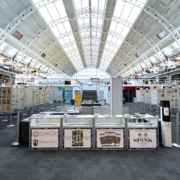 STAMPEX 2022 back at the Business Design Centre 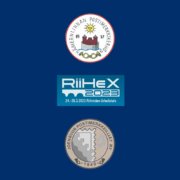 Three National Exhibitions are coming up in Finland (2022-24) 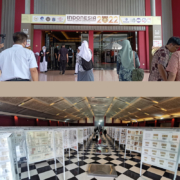 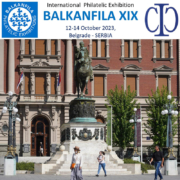