The Cyprus Postal Services and the Cyprus Philatelic Society in cooperation with the Ministry of Education and Culture, announced a Cyprus Student Philatelic Competition among students of 14 years old in middle class, public and private education on the following subject: Churches and Monasteries of Cyprus and Cyprus Stamps

The Jury awarded the prizes and honorary diplomas that were presented by the Minister of Transport, Communications and Works,  Mrs. Vassiliki Anastasiades as follows: 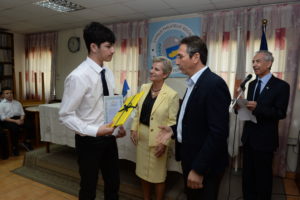 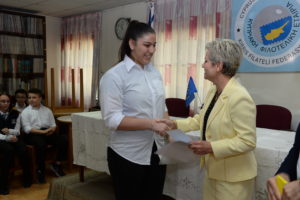 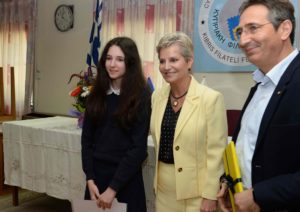 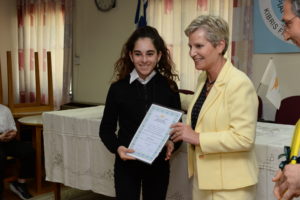 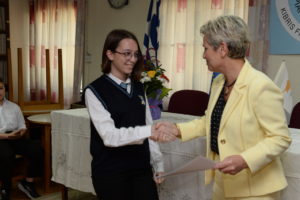 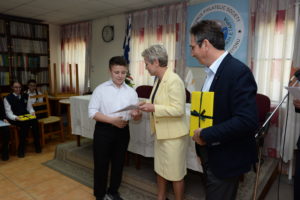 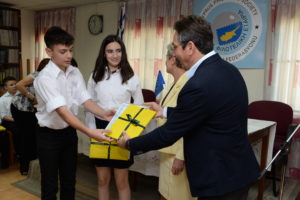 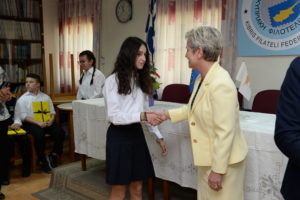 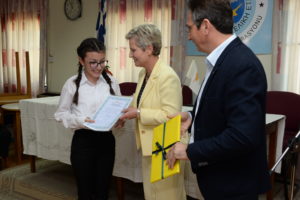 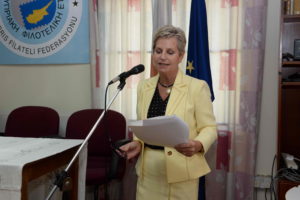 Address of the Minister of Transport, Communications and Works,  Mrs. Vassiliki Anastasiades at the ceremony of awarding the Prizes and Diplomas to the 2nd grade students of the Public and Private High Schools, who were distinguished in the written Pancyprian Student Philatelic Competition of 2018-2019 on the subject “Churches and Monasteries of Cyprus and Cypriot Stamps” on Tuesday 7 May 2019, 11.30 am at the Cyprus Philatelic Society

It is with a great pleasure and satisfaction that I accepted for the 19th consecutive year, the invitation of the Cyprus Philatelic Society to present now the awards to the students of the 2nd class of the public and private high Schools, that appeared in better light in the Cyprus Student Philatelic Competition during the years 2018-2019, with a new subject of “Cyprus Churches, Monasteries and Cyprus Stamps”.

I warmly congratulate all of you, the participants for choosing to spend some of your free time exploring, studying and writing a remarkable and unique text for the relationship between the Churches and Monasteries of Cyprus and the Cyprus Stamps. This alone demonstrates the sensitivity and quality of your quests on issues such as the history and culture of our place. History and culture are elements that teach and help a people grow and mature.

The joy that is today painted on your faces is proof that the Pan-Cypriot Student Philatelic Contest, which has become an interesting institution, has much to offer. Your rich texts express your ideas about the relations between the Churches and Monasteries of Cyprus, the Cypriot Stamps, as well as the people as they are depicted in an artistic way by the relevant representations that are subtly, discreetly and over time displayed by the Cyprus stamps.

Although the dimensions of the stamps are so small, as precious miniatures, they have the distinct privilege and power to convey and display around the world many elements of the culture of a country. As you will have seen the stamps issued by the Cyprus Postal Services, wherever they travel, they show Cyprus, its history, its ancient culture and its natural wealth.

With their elegant depictions and their beauty, they attract and enchant all the people, Youngers and Olders, on all the backs and the lengths of the Earth. Beyond magic and beauty, these artistic creations are a matter of concern to people and sensitize them to key issues that concern the whole of humankind.

I wish with all my heart that your current success will become the springboard, which will lead you to realize many other small and big goals in your life for your own good and the good of our country.

In closing this brief greeting, I would like to congratulate the Cyprus Postal Services, the Cyprus Philatelic Society, the Ministry of Education and Culture, and especially the Schools’ Directors and Teachers, as well as the parents who cooperated and encouraged their children to take part in this competition. 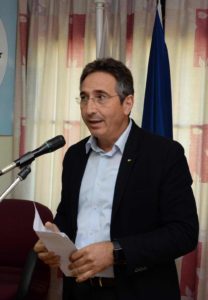 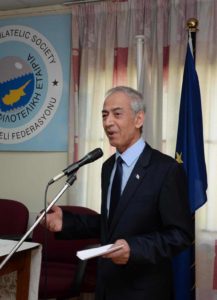 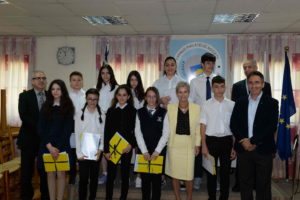 After the awards in the centre: Her Excellency the Minister Lady Vasiliki Anastasiadou and at the right side the open minded Mr Andreas Gregoriou Director of Cyprus Postal Services 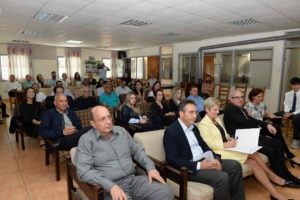 Advices were offered by Mr Dimitris Sammas who is responsible for Cyprus Philatelic Services.

Cyprus Philatelic Society premises, as you may see, were used for the invited fathers, mothers, parents, school directors, professors and friends for a warm reception.