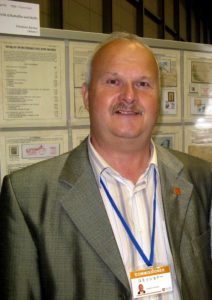 THE IMPERIAL FAMILIES OF HABSBURGS VERY LOVED OF BUTTERFLIES

One of the most beautiful creatures to grace the earth is the butterfly. These tiny little flying creatures are known for their beautiful vibrant colours and we all just can’t take our eyes off them! Gardens and their butterflies were much loved by the Imperial Families of Habsburgs.

The Habsburgs were elected Emperors from 1438 to 1916. In the age of divine monarchs, kings and emperors such as the Habsburgs claimed that God himself had ordained them to rule with unquestioned authority. The Habsburgs were one of a handful of royal families who ruled nearly all of Europe until World War I. The Habsburgs ruled as Holy Roman Emperors, and they had some fancy jewels to prove it.

The Holy Roman Emperor and King of Bohemia Rudolf II (1552–1612) was one of the most important patrons of art from the House of Habsburg (Figure 1 – stamp of Czechoslovakia 1983 with Emperor Rudolf II). Politics was not a great interest of his. Instead he was familiar with a number of languages and was devoted to art and science, including natural history. He was a passionate and enthusiastic collector and he spared no pains in acquiring objects that fired his imagination. Emperor Rudolph II collected everything in the world, but in addition to his other curious interests, he was a passionate collector of butterflies (Figure 2 – stamp of Czech Republic 1997 with Emperor Rudolf II and butterfly). He resided in the castle of Prague where his collection took the shape of a Kunstkamera, a chamber of curiosities that reflected the richness and diversity of the universe in microcosm. Paintings and decorative arts were displayed alongside scientific instruments and exotic animal specimens. Rudolph could spend hours in rapt contemplation of his pictures, sculptures, natural history specimens and curios. The whole collection constituted a microcosmos in which things from earth, sea and air (minerals, plants and animals), naturalia, were displayed together with things made by man, artificialia. The naturalia included many exotic, odd and fantastic items. The study of these items was considered the best way into an understanding of Nature’s secrets. The collection also included hundreds of species of various butterflies of amazing beauty. A botanical and zoological garden were also part of the collection, with live animals supplementing all the skeletons and taxidermic (stuffed) creatures. This comprehensive collection was also intended to symbolise the power of the Emperor. Control over the microcosmos collection would indicate his omnipotence over his empire, the macrocosmos. The collection was part of a political manifestation. It was very famous, and the Emperor’s guests often arrived in Prague bringing precious gifts in the hope of being allowed to see it. But by no means all of them were granted admittance to the Arts-and-Curiosity Cabinet (Kunstkamera) during Rudolph’s own lifetime. However in 1648, during the Thirty Years’ War in Europe the Prague castle Hradcany was looted by the Swedes and most of the values of the Swedes were taken, and a unique collection of Rudolph’s butterflies, as superfluous, was simply thrown out.

Francis I (Franz Stefan von Lorraine 1708 – 1765) was Holy Roman Emperor in 1745-1765 and Grand Duke of Tuscany (Figure 3 – post card of Austria 1930 with Emperor Francis I). Emperor had great interest in the natural sciences. He loved botany, cataloging plants and flowers and catching butterflies. He liked collecting butterflies, more pleasing in the pursuit than in the pinning down (Figure 4 – stamp of Austria 2005 with butterfly). The zoo and botanical garden were not the only expensive pursuits of Emperor Francis I. In 1750 he had bought one of the greatest collections of natural history objects known in Europe. It consisted of about 30 000 specimens of minerals, shells, crustaceans and butterflies.

Maria Theresa Walburga Amalia Christina (1717 – 1780) was the only female ruler of the Habsburg dominions and the last of the House of Habsburg (Figure 5 – stamp of Austria 1908 with Empress Maria Theresa). She was the sovereign of Austria, Hungary, Croatia, Bohemia, Transylvania, Mantua, Milan, Lodomeria and Galicia, the Austrian Netherlands and Parma. By marriage, she was Duchess of Lorraine, Grand Duchess of Tuscany and Holy Roman Empress, wife of Emperor Francis I. Maria Theresa understood the importance of her public persona and was able to simultaneously evoke both esteem and affection from her subjects. She ruled from Vienna. Schonbrunn Palace was the imperial summer residence and became a glamorous focus of court life. Butterflies feature in the vivid murals in Schonbrunn Palace commissioned by Empress Maria Theresa and painted by the famous 18th-century Bohemian ornamentalist painter Johann Wenzel Bergl. Following the death of Franz I his collection of natural history objects was developed by Maria Theresa. Her Empress cabinet of natural history had graced very expensive Morpho butterflies (Figure 6 – stamp of Brazil 1971 with Blue Morpho butterfly) with beautiful shiny blue wings, which have always been prized by extremely wealthy collectors.

Francis II (1768 – 1835) was the last Holy Roman emperor (1792–1806) and, as Francis I, emperor of Austria (1804–35) (Figure 7 – stamp of Austria 1908 with Emperor Francis I); he was also, as Francis, king of Hungary (1792–1830) and king of Bohemia (1792–1836). Emperor was known as the “Flower Emperor” because of his love for gardening and exotic plants. Emperor Francis I, who had a great interest in nature and the natural sciences, added a new “animal cabinet” with exotic butterflies and other insects to the collection of natural history. Francis І understood that his subjects had to live not only politics and geopolitics. Since the future emperor was born in Florence (the capital of Renaissance), he appreciated art. He had an idea to create an art museum and a natural history museum in Vienna. The latter one was founded much later, but Emperor’s personal collections of rocks and butterflies, herbarium were the basis of its exhibits. For development of collection of natural history Emperor Francis I sent a group of renowned researchers to South America in 1817. These scientists collected a huge number of items during the expedition, including many tropical butterflies (Figure 8 – set stamps of Brazil 1979 with butterflies), and sent many of them back to Vienna.

Maximilian I (Ferdinand Maximilian Joseph Maria; 1832 – 1867) was the only monarch of the Second Mexican Empire (as one of the Habsburg family) (Figure 9 – stamp of Mexico 1866 with Emperor Maximilian I). After a distinguished career in the Austrian Navy as its commander, he accepted an offer, conditional on a national plebiscite in his favour, by Napoleon III of France to rule Mexico. Emperor Maximilian I had a weird vision – Mexico would be the center of an empire that ultimately would stretch down through Central America, all the way to Argentina. But he did like butterflies and birds. Of the Mexican hummingbird, he said, “It is breath and sun,” named “huitzihlihuitl” … the Aztec word for “pure spirit.” “It is the only bird capable of flying backward,” he reports. Emperor Maximilian I was naturalist. Flying things attracted him and Maximilian collected butterflies (Figure 10 – stamp of Mexico 2005 with butterflies). Maximilian famously caught butterflies instead of attending to his crumbling empire. Maximilian’s “botanizing” and collecting butterflies was recorded by many sources close to him, including his wife Carlota.

Austro-Hungarian Emperor Francis Joseph I (1830-1916) was the last emperor from Habsburg dynasty (Figure 11 – stamp of Austria 2016 with Emperor Francis Joseph I). He reigned his empire for 68 years – from 1848, when the Spring of Nations began in Europe, until his death in 1916. The empire outlived him only by two years. Emperor Francis Joseph I wanted a place to enjoy the peace and solitude of exotic nature without having to venture far, therefore Emperor commissioned the construction of the Palm House in 1882. Architect Franz Segenschmid had his hands full: with a length of 111 meters, 2,500 square meters in area and 4,900 square meters of glass. The Palm House included various exotic plants and many species of butterflies. The Palm House in the Emperor palace park at Schonbrunn is the largest of its kind on the European continent (Figure 12 – stamp of United Nations/Vienna 1998 with Palm House). So Emperor had a glass greenhouse built at the corner of his palace court garden and filled it with butterflies.

In the mid-19th century, there was much interest in information on the natural sciences, and the encouragement of this interest was a concern of Emperor Francis Joseph I. On April 29, 1876, Emperor Francis Joseph I signed the document certifying the Natural History Court Museum and in the presence of the Emperor, the new Imperial Royal Natural History Court Museum was inaugurated on August 10, 1889 (Figure 13 – stamp of Austria 1983 with illustration of the building of the Natural History Museum in Vienna). The Lepidoptera-collection of the Museum of Natural History in Vienna (Figure 14 – special cancel of Austria 1999 with Museum of Natural History in Vienna and butterfly) represents one of the largest collections of butterflies and moths of the world. About 3.5 million mounted specimens and some hundred thousand papered samples are housed in nearly 11.000 drawers. The collection includes an estimated 40.000 type specimens which in fact are the most valuable representatives of species diversity.

Nature is a beautiful work of art created by God and butterflies are its ornaments. Let this tiny cute little creature fly and spread their colours across the world.

The Author is ready to help for philatelists in creating of philatelic exhibits on butterflies and moths. His address: Vladimir Kachan, street Kulibina 9-49, Minsk-52, BY-220052, Republic of Belarus, E-mail: vladimirkachan@mail.ru 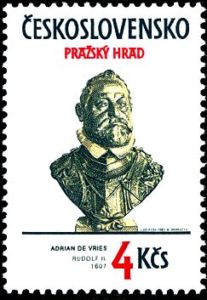 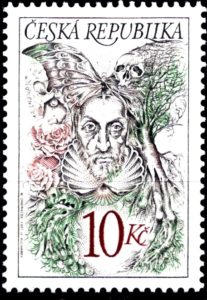 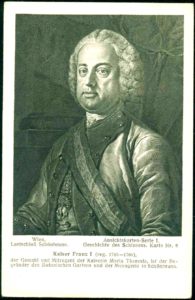 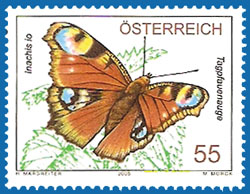 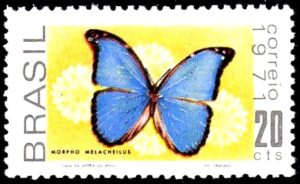 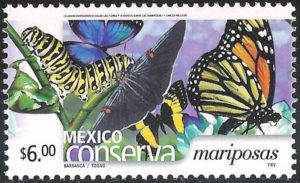 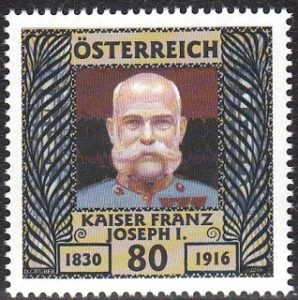 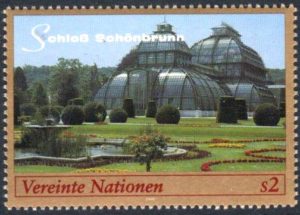 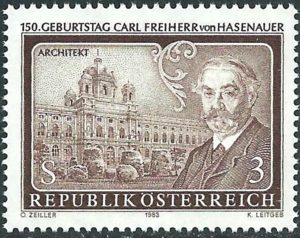 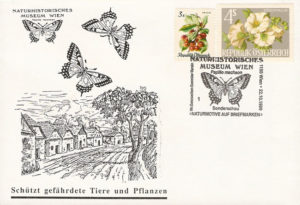 The Use of Picture Postcards in Open Philately
Scroll to top