The Spanish Post issued a souvenir sheet containing two stamps of 0,42 and 2,42 Euros respectively. The “Day of Italy” was used a Special Cancellation with the image of Dante Alighieri on occassion of the 750 Anniversary of his birth.

From the 149 exhibits and 21 Literature participations, 19 reached 90 or more points, which gives an idea of the high level of the exhibition. Three exhibits presented for the first time  with only 5 frames reached Large Gold: Agustín Alberto de León with “ Canary Islands pre-philately”, Luis Alemany for his “Maritime Mail to and from Cuba: 1764 to the foundation of the UPU” and  Ramón Cortés de Haro with “Madrid, 1561-1856 . Royal Mail and public correspondence”. 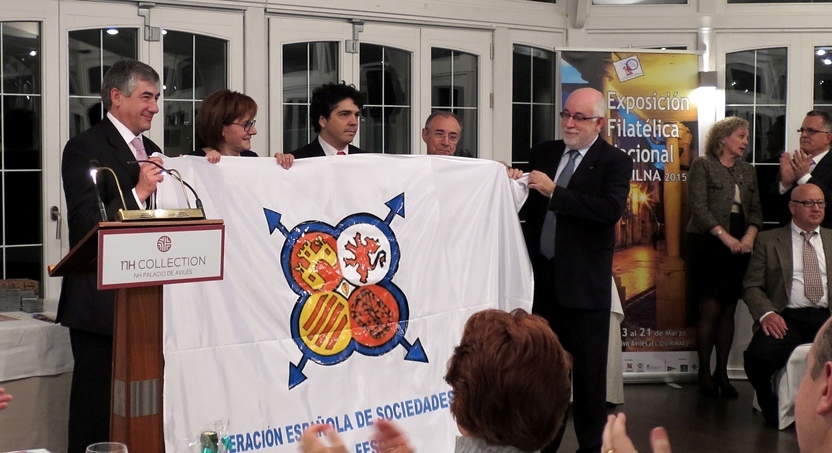 LUXEMBOURG’S FEDERATION PARTIAL RENOVATION OF THE BOARD