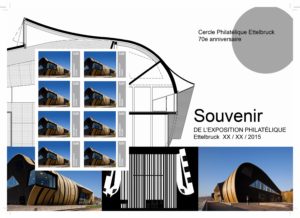 The Poster with the view of the Hall Deich which hosted the events. 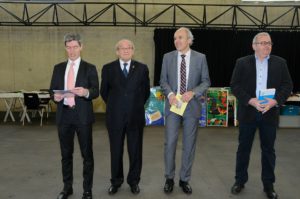 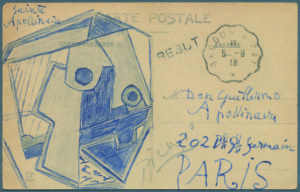 Amongst the Picture Postcards was one extraordinary: Original drawn by Picasso sent to his friend  Apollinaire.

The winner was Rüdiger Martienß  with his exhibit „Neugier–Der Blick durchs (Schlüssel) Loch“ having reached 94 points LG + Special Prize. The whole Palmares can be seen below.

The FEPA Board is working in the FEPA Picture Postcard Class Regulations.  Mrs. King and Mr. Bračič would prepare a proposal to be sent to all FEPA members.  Hopefully the  Regulations and suitable Guidelines would be ready to be presented for acceptance at the FEPA Congress in Athens next November.