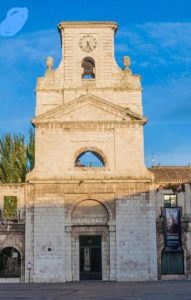 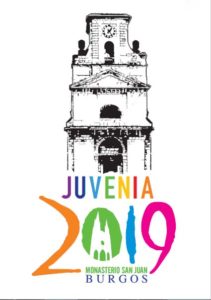 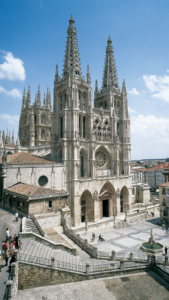 The Monastery of San Juan, venue of the Exhibition, the logo of the JUVENIA 2019, and  the Burgos Cathedral in its 800 Anniversary

The Philatelic and Numismatic Circle of Burgos organizes the National Exhibition with International participation of Youth Philately, Spanish Championship, JUVENIA 2019, to be held in the Monastery of San Juan de BURGOS, from May 7 to May 11, 2019, under the sponsorship of the Spanish Post (the State Company Correos y Telégrafos SA), the City Council of Burgos and the Spanish Federation of Philatelic Societies (FESOFI) as well as the collaboration of the Federation of Castile and Leon of Philatelic Societies (FECLESOFI), of the Royal House of Mint – FNMT and the Foundation VIII Centenary of the Cathedral.

FEPA granted its Recognition to the Exhibition which will show youth exhibits from Spain, Cuba and France.

The Consultant for the Exhibition is José Pedro Gómez-Agüero, josepedrogaj@yahoo.es

Hands across the Mediterranean