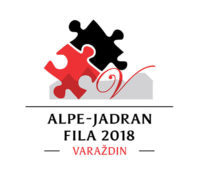 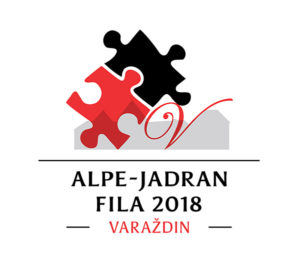 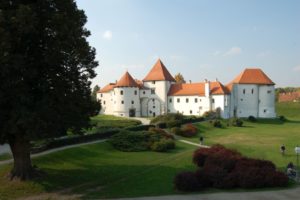 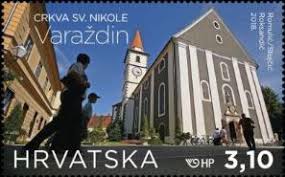 View of the City of Varaždin and the stamp issued by Croatian Post on 4.6.2018 depicting the
Church of St. Nicholas.

The FEPA Congress granted by unanimity the Recognition to the Alpe-Jadran Fila 2018 Varaždin International Philatelic Exhibition to be held from 18th to 21st October 2018, celebrating the 100th Anniversary of the issue of the first Croatian stamp.

Alpe-Jadran Fila 2018 Varaždin is jointly organized by the Croatian Philatelic Federation, Varaždin County, City of Varaždin and Croatian Post Inc, patronage by  the President of the Croatian Parliament, with the FEPA Recognition.

This will be the 23rd exhibition of the Working Group Alpe-Adria Philately.  The exhibition will be displayed at the beautiful Croatian National Theater of Varaždin, the Baroque Capital of Croatia.

Varaždin is the cultural, educational, economic, sporting and tourist centre of North western Croatia. It holds 11 ‘Green Flowers’, the national awards for the most ordered city of Croatia.

Participation is open to all philatelists who are members of Philatelic Associations from countries & regions affiliated to the Working Group Alpe-Adria Philately, with the Czech exhibitors as special guests. Each collectors can participate in competitive classes with only one exhibit in each classThere will be 350 frames whose will be equally allotted among every country. If a country will not use all allotted frames, those frames will be put on disposal to other countries. The Organizing Committee reserves the right to make changes in assignments. 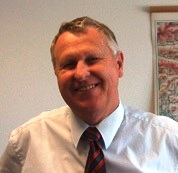 Bulletins 1 and 2 can be read or downloaded here: