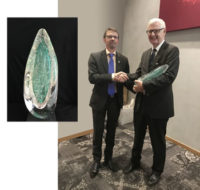 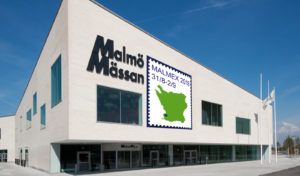 MALMEX 2018 Bilateral Sweden-Denmark National Stamp and Postcard exhibition was organized by a number of philatelic clubs in Skåne within the Swedish Philatelic Federation from the 31st August to the 2nd September 2018 at MalmöMässan, Malmö. At the same time was also celebrated an Exhibition at Regional level. 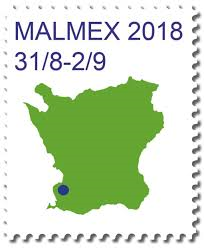 The exhibition was approved by the Swedish Philatelic Federation (SFF) with the Recognition of the Federation of European Philatelic Associations (FEPA), being Postiljonen the Main Commercial Partner. 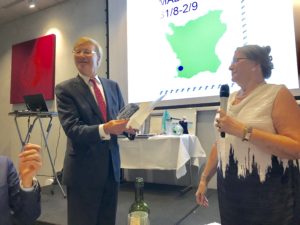 Birthe King, on behalf of FEPA, presents Claes Arnrup with a silver platter and certificate congratulating him on Postiljonen’s 50 year anniversary and also as the Main Commercial Partner at MALMEX 2018.

From the 121 exhibits shown, 89 were in the Bilateral Sweden-Denmark National, while 32 in the Regional. The Jury was Chaired by Fredrik Ydell with Peter Nordin as Jury Secretary. 10 exhibits were awarded with the Gold Medal. The Malmex 2018 Postiljonen Master Grand Prix of the Championship Class was to Jan-Olof Ljung for his exhibit, “From NDP – UPU 1.1.1868-1.7.1875, items sent to overseas destinations”. The Malmex 2018 Spink Grand Prix was to Mats Ingers for his exhibit “Low Denominations 1856-1863 – Traditional philately in the context of Postal History”. The whole results were alredy posted here at https://fepanews.net/malmex-2018-results/. 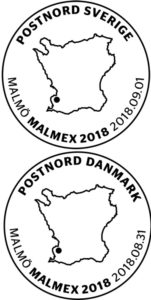 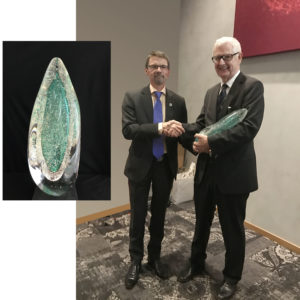