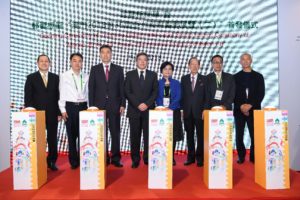 “MACAO 2018 – 35th Asian International Stamp Exhibition” was successfully completed on 24th September, 2018 with the exhibition period of 21st to 24th September at Cotai Expo Hall A at The Venetian Macao. It was co-organized by Macao Post & Telecommunications Bureau and the Macao Philatelic Club. It was the first great international philatelic event in Asia organized by Macao Special Administrative Region.

There were 23 countries or regions of overseas postal administrations or stamp dealers and of local cultural and creative industries with a total of 42 booths participating in this event. Over 1000 frames of the FIAP members’ philatelic collections were on display. Competitive exhibits had nine classes, namely championship, traditional, postal history, postal stationery, thematic, youth, literature, one frame and modern philately. 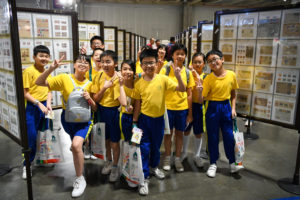 Furthermore, “DIY Postcard” Vending Machine was first put into service for printing self-portraits and greetings on the postcards as an exclusive souvenir. Special Edition of Personalized Stamp – “Joy” was available to print on site. Besides, a Venetian temporary postmark was used for mailing cancellation as well. 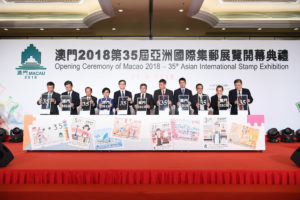 In order to strengthen industry exchanges and establish a communication platform, “Macao 2018” has arranged a number of seminars in the course of the Stamps Exhibition, including “Greeting from “Kingdom of Stamps” Liechtenstein”, “Art in Miniature – Seminar on Macao Stamps Design”. Furthermore, there were sessions of “An Introduction to Printing & Technology of Stamps”, “Facilitating the development of inclusive finance and green finance on the Digital Silk Road: Fintech’s potential positive impact” and “Applying Blockchain in Real Business Scenarios”. At the same time, the awards ceremonies of “Macao Postal Savings Grants Program 2017/2018”, “Creative Savings Box Construction Contest”, “Draw My Story of Stamps Contest”, “47th International Letter – Writing Competition for Young People” and “Macao2018 – 35th Asian International Stamp Exhibition – Youth Philately” awards ceremonies were presented as well. 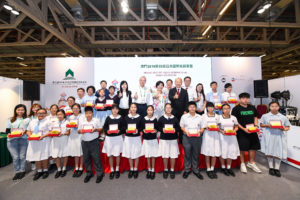 Although the size of stamp is quite small, it serves as a carrier of promoting cultures. The “MACAO 2018 – 35th Asian International Stamp Exhibition” had played an important role as a “bridge” for enhancing cultural and economic exchanges among countries and regions, to further achieve synergy effects, and further maximize stamp collection’s unique advantage with an aim to enable cultural practices passed on from generation to generation.

Elections at the Hungarian Federation: The new Board