Blog - Latest News
You are here: Home1 / News2 / Manfred Bergman has passed away 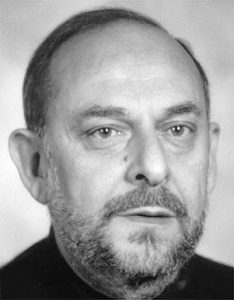 We were sorry to hear that Manfred Bergman died in early July in Geneva at the age of 92. He participated in Verso Mexico 68 in Riccione where he came into contact with Italian collectors. He then made proposals for modifying the FIP Thematic Regulations which at the time were penalizing for sport-Olympic collections and more generally for all collections built with a chronological or systematic structure.

At IBRA 73 he began his journey at FIP exhibitions with an increasingly innovative Olympic collection, arriving at the Class of Champions. In 1977 he joined the Bureau of the FIP Thematic Commission as coordinator of the Thematic Groups and had a fundamental role in the development of the Regulations and their subsequent modifications up to the Congress of Madrid (2000) He also contributed intensively to diffusion of the Regulations and the training of jurors and exhibitors. He was often a juror but also a team leader and jury secretary at FIP exhibitions.

When the advent of Juan Antonio Samaranch as President of the Olympic Committee led to philately being added to the cultural framework of the Olympic Games Manfred played a key role, with Maurizio Tecardi, in creating the International Federation of Olympic Philately (FIPO) and in drafting an agreement with the FIP which gave its patronage to the sport-Olympic exhibitions (OLYMPHILEX) held at the Games between 1988 and 2004. Thanks to his contribution the philatelic section of the Olympic Museum in Lausanne became a point of reference for specialized collectors and for dissemination of stamp collecting to the general public. His numerous articles in the specialized press, including those on Stockholm 1912, Paris 1924 and the Portuguese issue for Amsterdam 1928, were noteworthy and proactive and his research on the cancelled Games was second to none. Among his latest stances was a strong warning about the dangers of fakes, both those of old origin and  new forgeries created with the most recent digital technologies.

He will be greatly missed.