The exhibition of the “Multilaterale Briefmarkenausstellung Luxemburg 2019” was held from November 8 to 10, at the Exhibition hall LUXEXPO in Luxembourg, under patronage of His Royal Highness Grand-Duke Henri and under the auspices of the Prime Minister of Luxembourg, of the City of Luxembourg and of FEPA. 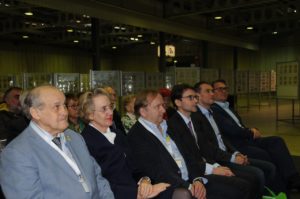 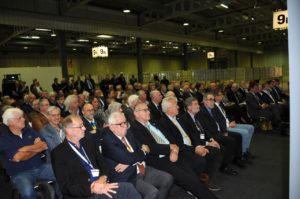 Audience at the opening ceremony. On the left, FIP Honorary President Jos Wolff.

Jos Wolff, RDP, FSPL President, FIP Honorary President and President of the Organising Committee, welcomed the guests at the opening ceremony. He reiterated that philately knows no bounds and promotes international friendship. Stamp collecting is a real source of joy, knowledge and relaxation at the same time. It is our wish that this exhibition should contribute to further consolidating the solidarity of the Multilateral Associations and thus documenting the will of our peoples for peace and togetherness.

The Director General of POST Luxembourg, Claude Strasser, conveyed the greetings of the Luxembourg Post and stated that it was a great honor for him to welcome all guests at the opening of this exhibition that would not have happened if the Luxembourg Federation and Post Luxembourg had not become member of the Multilateral a few years ago. This membership, which includes the organisation of a national exhibition, was a challenge for both the Federation and the POST Luxembourg. He welcomed the fact that the FSPL had part of the exhibition frames available for Luxembourg collectors “out of competition” to show exhibits according to their own ideas. He then handed Jos Wolff the traditional souvenir frame with the stamp block “Kaiser Karl V.” and the first day envelope, issued on this occasion. 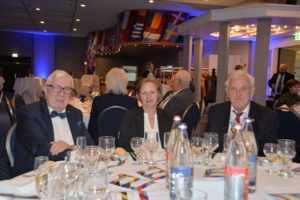 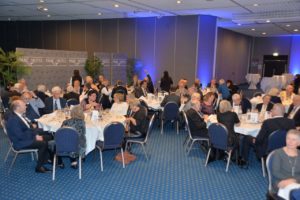 Happy people at the Palmares of the exhibition. On the left Mr. Horst Horin, Mrs. Kunz and Fredi Kunz, FEPA Treasurer.

POST Philately showed 5 exhibits in the Court of Honour. 27 exhibits were shown out of competition by exhibitors from Luxembourg philatelic associations.

More information (in German) can be found at multilaterale2019.lu.

New Board for the Union of Philatelists of Macedonia with Sinisha Pavleski as...