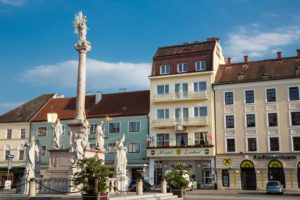 Portrait of Emperor Maximilian I by Albrecht Dürer. Right side: view of his home town, Wiener Neustadt

The Exhibition, with international participation, will commemorate the 500 Anniversary of the death of Emperor Maximilian of Austria. It will be held in Wiener Neustadt, the home city of the Emperor, from the 18th to the 20th of October 2019, organized by the Briefmarkensammlerverein Wiener Neustadt.

The FEPA Board agreed unanimously in granting the requested FEPA Recognition. 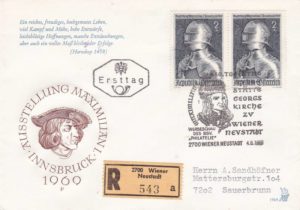 Philatelic commemoration of the 450 Anniversary in 1969

More information will appears when available at:
http://www.phila-wienerneustadt.voeph.at/index.php?id=302

Giancarlo Morolli received a recognition created especially for him at the Congress...

Minutes of the annual FEPA Board Meeting
Scroll to top