Blog - Latest News
You are here: Home1 / News2 / Giancarlo Morolli received a recognition created especially for him at... 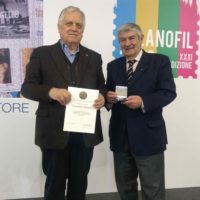 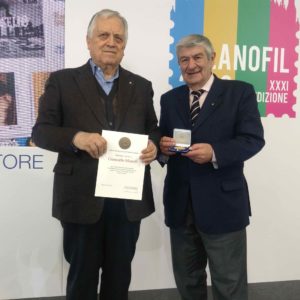 At the Congress of the Italian Federation of Philatelic Societies held at Milanofil on the 24th of March, FEPA Vice-President Giancarlo Morolli has received a recognition created especially for him. As he had already signed in 1989 the Roll of Honor of the Italian Philately, the highest award of the Federation, he was presented a Diploma of Honor in acknowledgment of 50 years of continuous service as FSFI delegate. Giancarlo was appointed delegate to the Thematic Commission on 11 March 1968 and attended as observer the FIP Congress at Praga 68. At the end of four decades in such commission (27 years as chairman) he has taken over the task of FSFI delegate for International Affairs.

Congress of the Union of Philatelists of Russia: Sergey EVTUSHENKO elected new...