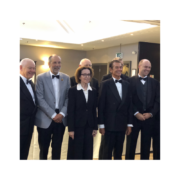 We are delighted to report that four well-known European philatelists signed the RDP Roll at the Congress of the Association of British Philatelic Societies in Harrogate, Yorkshire on 24th September. 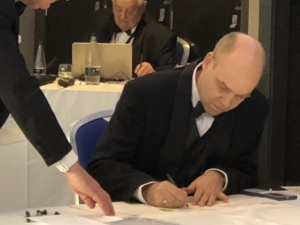 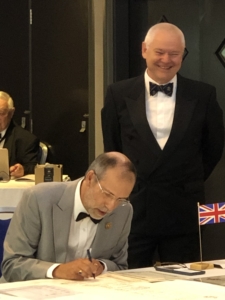 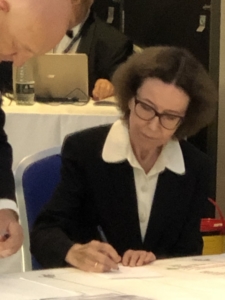 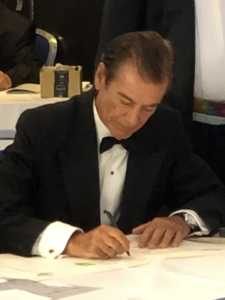 Congratulations to all of them on achieving this distinction. 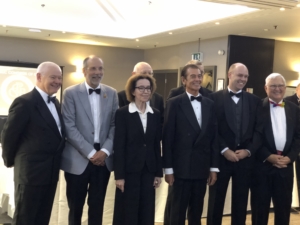 Two other new RDPs elected in 2021, Dénes Czirók (Hungary) and Randy Neil (USA), were not able to come to Harrogate due to current restrictions on international travel and will sign the Roll on a later occasion. They join four others (John Barwis RDP, Michael Ho RDP, Yamil Kouri RDP and Charles Verge RDP) who were elected in 2020 but have not yet been able to sign the Roll.

In addition two names  have been added to the Roll as a permanent record of their great contribution to building the foundations of modern philately. They are Alfred Moschkau (1848-1912) from Germany and Victor Suppantschitsch (1838-1919) from Austria. 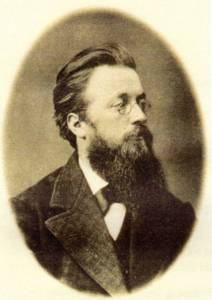 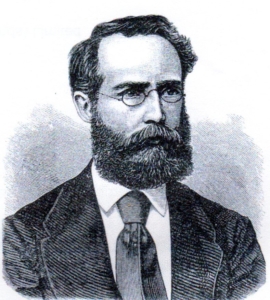 They were not included on the original list of ‘Fathers of Philately’ due to strong feelings that prevailed in the aftermath of the First World War, but we are very pleased that this omission has now been rectified.