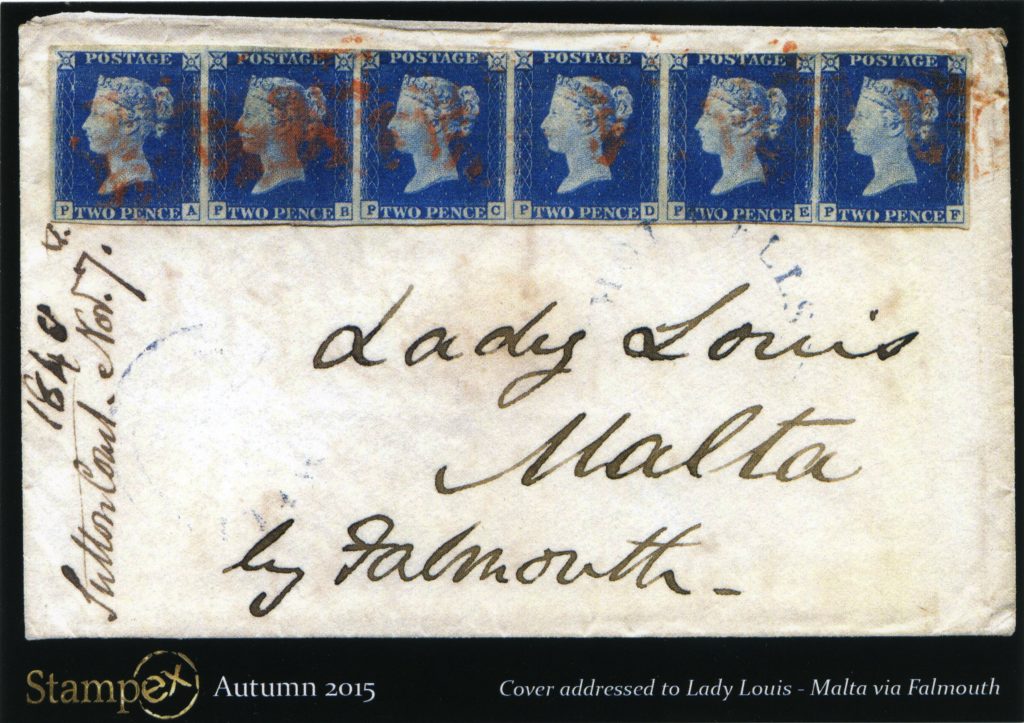 This was a small exhibition, almost certainly due to the success of London 2015 Europhilex. The twice-yearly STAMPEX exhibitions at the Business Design Centre in London are running very smoothly with exemplary co-operation between the exhibition organising committee and the Philatelic Traders’ Society. The well-organised catalogue was produced by the team behind Stamp & Coin Mart.

The weather was mixed, but across the four days dealers appeared to be happy, and a number of visitors, probably fellow philatelists, studied the exhibits. The national competitive section included 30 exhibits covering the classes of Traditional Philately, Postal History, Aerophilately, Revenue Philately, Open Philately, and Thematic Philately, plus five Literature entries, while the non-competitive section with 20 exhibits covered all the classes mentioned above as well as Postcards. Eleven members of the Great Britain Overprints Society showed competitive exhibits in Traditional Philately, Postal History, and Aerophilately. Unfortunately the ABPS (Association of British Philatelic Societies) Interfed Competition had only attracted one federation, so congratulations to the Sussex Federation for showing three very interesting exhibits.

Traditionally the Awards Ceremony is preceded by a seminar, and Richard Stock FRPSL gave a PowerPoint presentation on ‘Treatment in Traditional Philately’ illustrated from his Traditional and Postal History exhibits on the Camel man.

The following medals were awarded: four LG, ten G, nineteen LV, nine V, four LS, one each S, SB, B, and one Certificate. The ‘Silver Mail Coach’ for The Best in Show was awarded to Arthur Woo for ‘Guatemala 1879-1881 Small Quetzal Issue’.

And, of course, the Kids Corner, run by Stamp Active, had a large space on the Gallery with a number of activities and showing the entries in the 2015 British Youth Stamp Championships.

Spring STAMPEX 2016 will take place from 17-20 February at the BDC, and on this occasion Germany and Great Britain will also co-host the Seven Nations Challenge between Australia, Belgium, Denmark, Germany, Great Britain, Sweden, and the USA.

THE PRESIDENT OF THE REPUBLIC OF ITALY, OPENS THE EXHIBITION AT THE QUIRINAL...