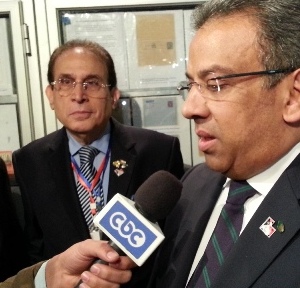 The just finished “3rd Continental Philatelic Exhibition”, organized by the Philatelic Society of Egypt on the occasion of the 150 year of first Egyptian Stamp, has resulted in a great success, its third successful event in one year!

We all know that to arrange philatelic exhibitions involves many difficulties and long hours of work for the organizers. But it is the best way to promote Philately. That’s why is to be praised the Philatelic Society of Egypt which has demonstrated many time its outstanding level of activity and efficiency, having organized even in the same year 2015 the 1st and the 2ndContinental Exhibitions, both of them resulting also into a big success.
The event has been a real demonstration that Philately has become an important factor in spreading and enriching the culture and the friendship amongst different countries. The “3rd Continental Philatelic Exhibition” put together philatelists from Egypt, Bahrain, Cyprus, Great Britain, Lebanon, Oman, Saudi Arabia and United Arab Emirates.

I am very pleased to congratulate Dr. Sheriff Samra and his team of the Philatelic Society of Egypt for such positive contribution to the development of the international philately.

Great promotion of Philately in Cairo at the “3rd Continental Exhibition”...