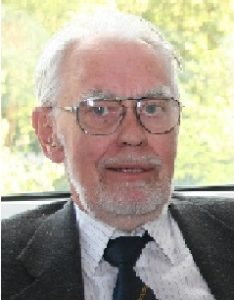 For several years, most philatelic federations and clubs show declining membership figures and all of them are struggling to turn the trend. With few exceptions without success. The Swedish Federation reached its summit after STOCKHOLMIA 86 with almost 12 000 members. Since then it has been a long downhill run and number today is only 2 700 (it is remarkable that Sweden has never been as successful at exhibitions as today – for instance at the recent Taipei exhibition Sweden had two exhibits in the Championship Class, four large gold and six gold medals in the competition classes – no other nation could match that).

I am pessimistic and believe that we perhaps have reached the bottom and at the best can stay where we are.

Not much is speaking in favor of us:

·        Almost all postal organizations sabotage us by their many new issues with no other purpose than to sell them to stamp collectors – the need for postage stamps is, as we all know, gradually decreasing.  About 50 years ago there were still definitive sets with many denominations having the same design. They were often released over a period of several years with different face values, colors, perforations, etc. making it possible to collect them in a traditional way or as a postal history exhibit. This is seldom or never the case with modern stamps. At our latest national exhibition in Sweden I noticed that the most modern traditional exhibit dealt with such a long set which was finished in 1964.

·        Thematic collectors may think that it is splendid to get new material, which makes it possible to cover missing aspects of their theme, but as thematic collector myself, I have very seldom found any objects from the last 25 years, which aren’t just a variation of what I already have.

·        In the 1980s FIP introduced the class ‘Modern Philately’,which should contain only the issues of the last 10 years. The class wasincluded in seven international exhibitions from HAMBURG 85 to KOREA 94 and then discretely disappeared as the concept was unfeasible and for that reason interest from collectors was. Now FIP has a new try with the scope increased to 20 years. I doubt that the result will be much more successful this time.

·        The consequence of ever increasing e-mails and text messages is a decreasing number of stamped covers. From my own experience I know that we philatelists ourselves tend to promote this development. In many countries the postal services have closed their local post offices in favor of postal counters run by supermarkets, petrol stations, etc. This has made it almost impossible to get proper postmarks on the (few) letters we still send. This makes the collecting of modern postmarks very difficult.

·        In Sweden, PostNord has furthermore decided to use permanent gluefor the stamps, which will make it impossible to remove the used stamps from the envelope. I guess that more countries will follow – some may already have doneso! This is the result of the rationalization of the letter handling – the stamps on many letters are not cancelled and an increasing number of stamps are reused.

When the stamps not are removable it will not be necessary to cancel them. And in this way another collecting area will disappear!

·        The coming generation! It has always been a fact that youth collectors normally finish their philatelic activity in their teens when studies, the other sex and careers take over their interest. But at least some of them – often those who had achieved higher medal levels with their exhibits – return at the age of 40 – 50. I have observed that at the Swedish exhibitions of the last 10 years almost all youth exhibitors belong to Youth Class A. This means that we have almost no youth collectors over the age of 15. And the chance that they will come back is therefore substantially lower – neither their knowledge nor their interest has managed to ripen. Can any capable philatelist and computer developer design philatelic computer games, which can compete with Minecraft and other similar games? Otherwise I don’t think we stand any chance.

So, what will become of us who persist in philately? Most of us have come to age, like the objects we collect. Will we be included in the group antiquity collectors – special branch philately? My example above (the stamps from 1964) is already semi-antique according to antiquity nomenclature.