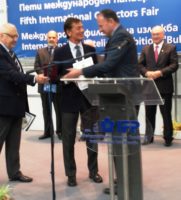 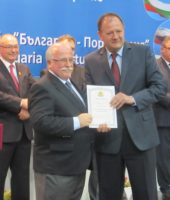 The compilation of the Media, done by Mr. Christo Nikoltchev and kindly sent to us, covers the information in the media during the period from the 14th to the 27th of October 2014. This is the most reflected philatelic event in the country since the European philatelic exhibition “Bulgaria 2009”.

We are very happy to congratulate the Union of Bulgarian Philatelists for this success, and particularly to the President Mr. Spas Panchev, Secretary Mr. Christo Nikoltchev and International Relations Mr. Boncho Bonev.

The Opening Ceremony was held on the 24th of October in presence of the President of the Assembly of the Republic of Bulgaria, Mr. Mihail Mikov, amongst other authorities. 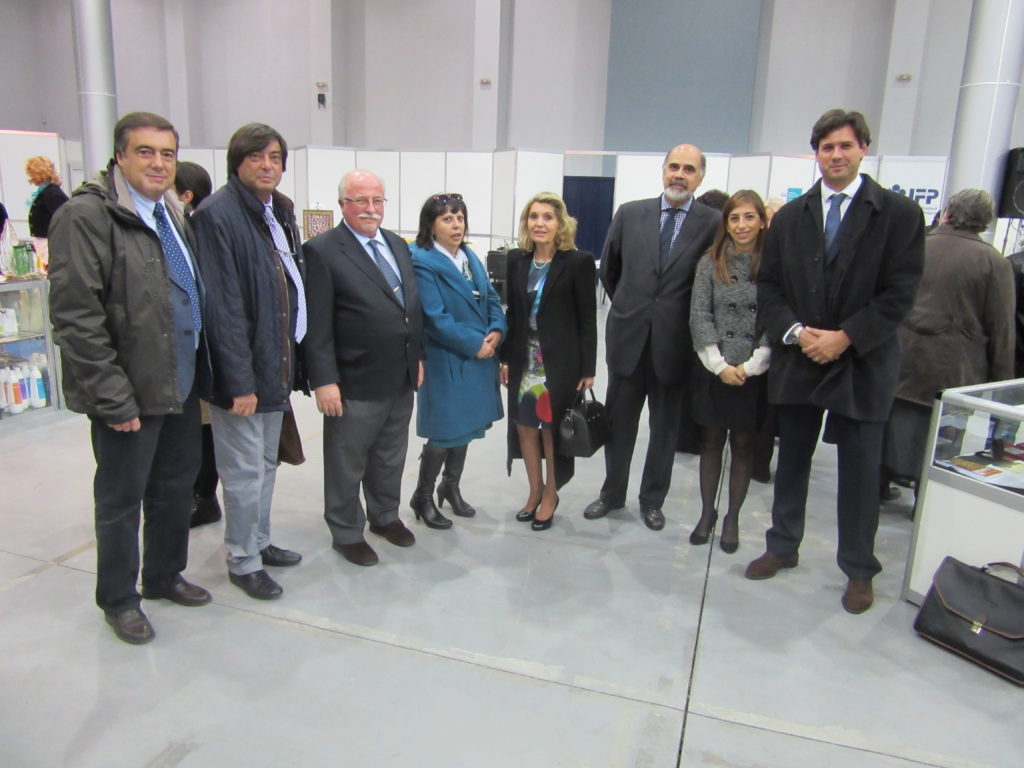 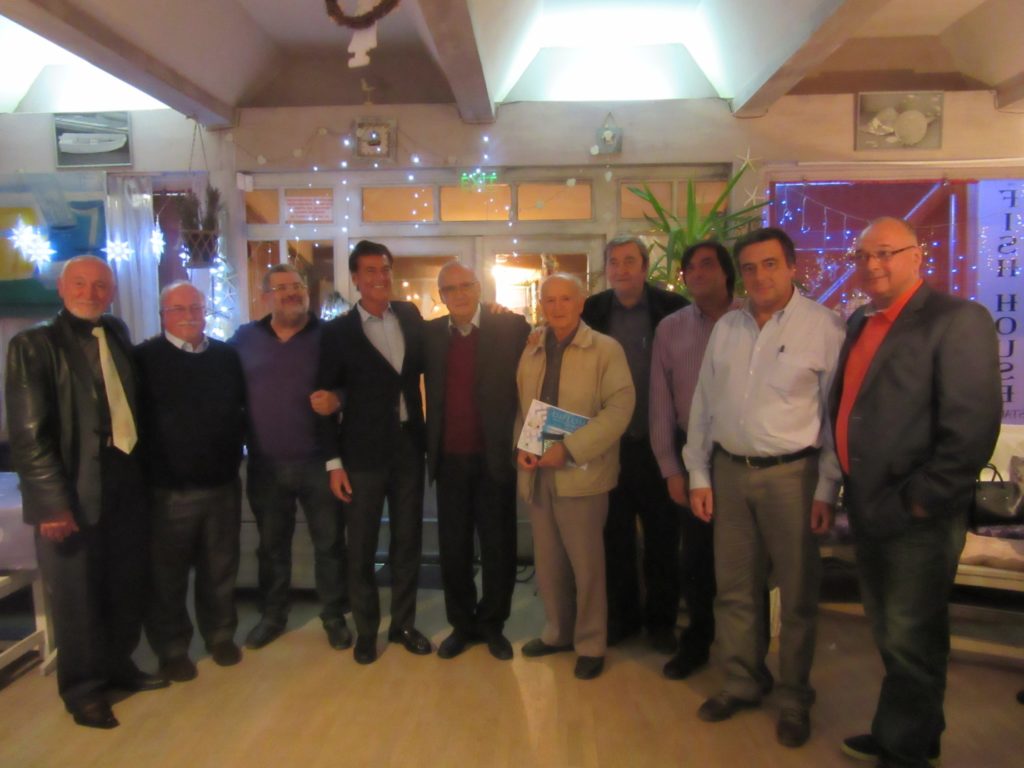 Left, the Portuguese Delegation with the Ambassador of Portugal in Bulgaria, Mr. Luis Ferraz. Right, Jurors and Commissioners dinner.

The Jury President, Mr. Ivan Kostov offered his outstanding knowledge and experience with kind explanations to all interested philatelists who attended the event. 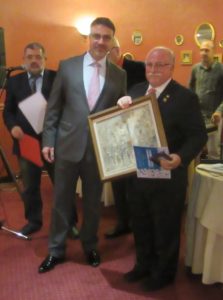 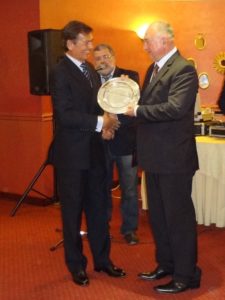 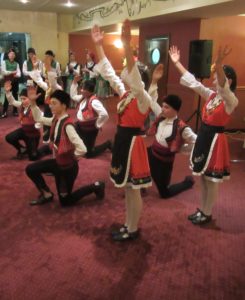 The international jury of the international philatelic exhibition “Bulgaria – Portugal”, held in Plovdiv between October 24 to 26, 2014 is pleased to present their report:

International Jury praised the organization of the exhibition and the observance of the rules of FEPA for such events. Excellent conditions for presenting the exhibits created an opportunity for the jury to do its job well and on time.

We thank the organizers – the Union of Bulgarian Philatelists and the International Plovdiv Fair as well as the co-organizers of the Ministry of Communications and Information Technology, “Bulgarian Posts” EAD and Plovdiv Municipality.

The jury thanks to the Philatelic Federation of Portugal for its active participation in the preparation of the exhibition, which contributed to the exchange of experience and raising the level of the joint project.

The international jury of the bilateral international philatelic exhibition “Bulgaria – Portugal” unanimously determined the GRAND PRIX to the exhibit of Mr. Pedro Vaz Pereira ” Nominatives Marks not Dated used in the Adhesive Period 1853-1900 ” – 92 points under the rules of F.I.P. and special prize of the Bulgarian Post.

2.  Mr. Spas Panchev for his exhibit “Pre-Liberation Post Office in Bulgaria  (1840-1879)” – 96 points under the rules of F.I.P. and the Special Prize of the Portuguese Philatelic Federation.

The international jury determined the winners of the two prizes for the best exhibits from each of the participating countries as follows:

Other aspects of Bulcollecto will be posted in separate news and in “FEPA News” magazine.

This is the second International Exhibition during this year 2014 in Bulgaria after the successful FEPA Recognized Exhibition BALKANFILA 2014 in Sofia last April.