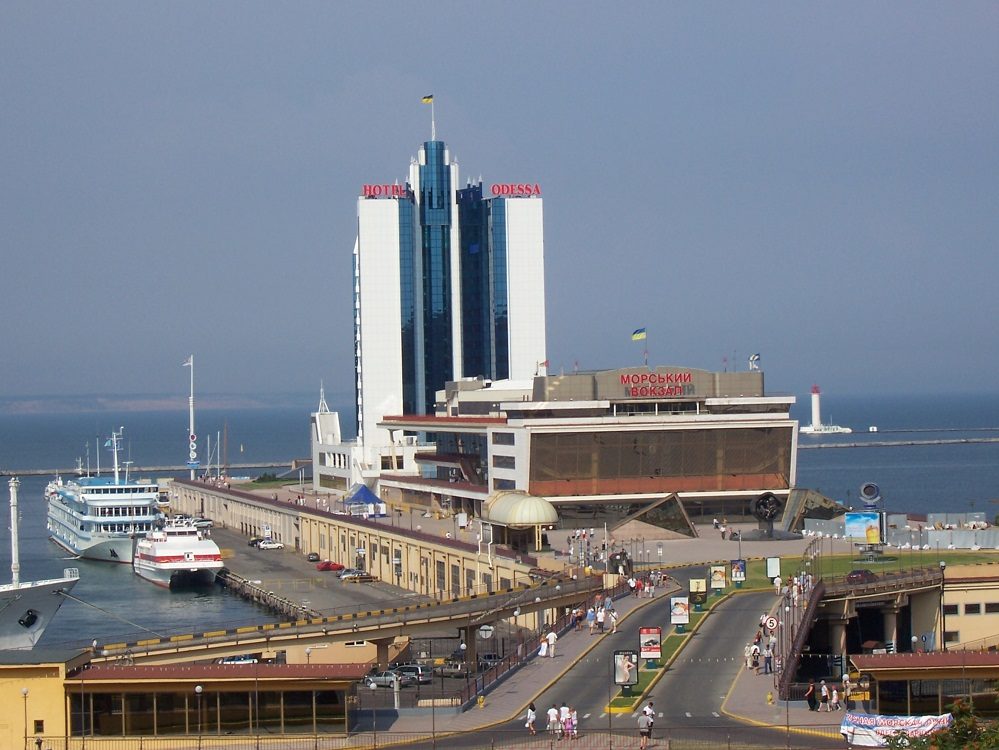 1.2 Exhibition will be held from 24 to 28 August, 2016 in the Sea gallery of exhibition center of Odessa Marine Station.

1.4 Sponsorship and patronage assistance in the exhibition can provide: any organizations, institutions, household formations of all types of property; patrons, who contribute to the approval of the image of Ukraine in world through popularization of philately.

1.5 Organizing Committee has an exclusive right to use the emblem of exhibition and production of all promotional products, devoted to the exhibition.

1.6 Status of the exhibition: national, with international participation, recognizing by FEPA.

2.1 Participants of the exhibition (hereinafter – exhibitors) can be: APU members (Association of Philatelists of Ukraine), who have relevant exhibit and accept these Regulations; members of foreign societies of philatelists (by invitation).

2.2 Participation in the exhibition is free for all participants.

2.3 It is allowed no more than 4 (four) exhibits for one person to participate in the exhibition.

2.5 The exhibits that at previous International exhibitions received the Grand Prix are not accepted for the exhibition in competition categories.

2.6 Formerly unknown candidates (their exhibits will be shown for the first time) may take part in the exhibition. Such exhibits may be admitted to the competition category “First step” (advance category) in the presence of commissioner‘s written conclusion about their compliance with the requirements of the Regulations.

3 CLASSIFICATION OF EXHIBITS IN COMPETITION CATEGORIES

On the exhibition will be shown and estimated exhibits in such categories:

3.6 Junior philately (include a copy of birth certificate of the exhibitor to exhibit):

c)      magazines (only annual sets) and individual articles in magazines and newspapers (no less 10) that were issued or published after January 1, 2010;

d)     amateur editions (on the rights of manuscript) that fall under the above points.

4.1 Applications for participation in the exhibition have to be sent to the Organizing Committee address through authorized commissioners till March 1, 2016. Application has to be accompanied with the title page of exhibit with annotation and plan.

4.2 After applications reviewing (submitted to the Organizing Committee till April 1, 2016), exhibitor list will be posted on our website from April 01, 2016.

Adopted exhibits of a literary category have to be delivered in duplicate to the Organizing committee address till August  1, 2016.

4.4 Each exhibit must have a title page, on which it is necessary to specify the name of the exhibit, a surname and a name of the owner.

4.5 Philatelic materials have to be strongly attached to firm exposition sheets of white or yellowish color. The sheet has to be protected by a transparent colorless film (company Lindner is preferable). In the bottom left corner of the paper on the front side and in the top right corner on the back side should be given its serial number. Besides, on the back of each sheet it is necessary to specify a surname, initials and address of the exhibit owner.

4.6 Plan and annotation of the exhibit should be placed on a title page. All texts on sheets have to be written in Ukrainian language, or in one of the official languages of FIP (English, German, Russian, French).

4.7 Exhibition sheets have to be invested to paper envelopes according to the number of stands (one stand – 16 sheets). On the envelope you should indicate the number of the stand and numbers of sheets in it. Size of the demonstration surface of the exhibition stand is 138-96 centimeters.

4.8 Each exhibitor has to pack reliably his exhibit before transportation and send it as a valuable parcel with “Notification of delivery “. It will come to the exhibitor when Organizing Committee receives the exhibit.

4.9 Each exhibit should be accompanied with a list in the prescribed form in triplicate.

4.11         Exhibits of competition categories that at previous National or FIP exhibitions received a big vermeil medal or even higher award, should be placed at 8 stands (128 sheets).

4.12         Exhibits that do not meet the requirements of paragraphs 4.10. and 4.11. of these Regulations are not allowed for exhibiting and estimation in competition categories.

4.13         The Organizing Committee reserves the right to expose exhibits completely, partially or not to expose, however all the exhibits will be fully presented for a jury assessment.

At decision-making concerning the volume of exhibit demonstration, preference will be given to the one that illuminates facets and branches of Ukrainian philately.

4.14         The Organizing Committee recommends to all owners to insure their exhibits.

4.15         The Organizing Committee takes all necessary measures for protection and preservation of exhibits from the moment when they were received until sent back to owner.

Exhibits of the literary category will not be returned.

4.17         Without Organizing Committee agreement, exhibit can’t be removed from an exposition before exhibition is closed. During the exhibition period it isn’t allowed to make any changes to the exhibit.

5 ASSESSMENT OF EXHIBITS AND EXHIBITION AWARDS

5.1 Judicial assembly (Jury) (which is approved by Organizing Committee) realizes the assessment of the exhibits and awarding winning exhibits.

5.2 Assessment of exhibits in categories 3.1 – 3.4, 3.6 – 3.9 is carried out in accordance with the Regulations of FIP. Exhibits of the category 3.5 (first step) will be evaluated according to regulations:

5.3 Jury has a right to make changes into declared qualification of exhibits by translating them into another category.

5.4 At the end of exhibition work, members of Jury hold meetings with interested exhibitors and do analysis of exhibits.

5.5 Such awards are provided for the exhibits of competition categories 3.1. – 3.4 and 3.8:
a) Medals by rank: large gold, gold, large vermeil, vermeil, large silver, silver, silvered, bronze;
b) Diplomas.

5.7 Such awards are provided for the exhibits of competition categories 3.7 and 3.9:
a) Medals by rank: gold, vermeil, silver, bronze;
b) Diplomas.

5.8 The best exhibit (exhibit which will gather the greatest score, but not less than 96) will receive the Grand Prix.

5.9 The best exhibit on the theme of «Ukraine» will receive the National Grand Prix.

5.10 Only diplomas are provided for exhibits of «First step» class.

5.11 There are special prizes provided by various organizations, institutions and individual philanthropists for awarding the best exhibits.

5.12 Each exhibitor will receive a free catalog.

6.2 Visiting the exhibition is free.

6.3 Signing the application for participation in the exhibition, exhibitor hereby confirms that he acquainted with the requirements of these Regulations and undertakes to fulfill them.

6.4 On the territory of the exhibition individuals are forbidden to trade and exchange philatelic materials. The right to sell has exclusively post booths and other institutes according to the official (written) agreement of the Organizing Committee.

6.5 All exhibition visitors have to keep law and order and unquestioningly comply with the orders of security service.

6.6 All other issues that are not regulated by the present Regulations, Organizing Committee will solved in the working order.