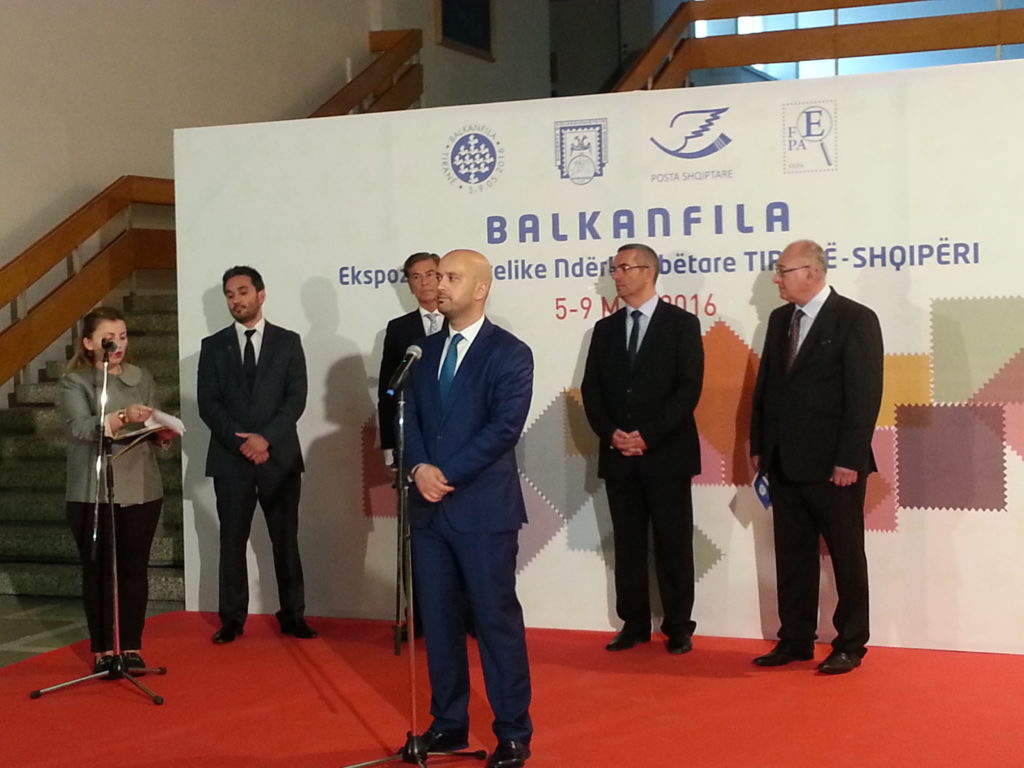 May 2016 has seen for the first time an international philatelic exhibition in the country. It was hard to believe when seing the high quality of the event, which received enormeous attention from the Albanian media. 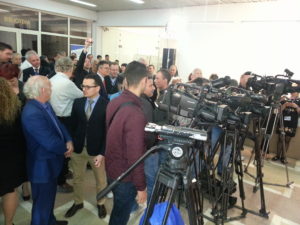 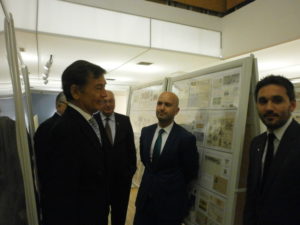 Opening ceremony: Left, the impressive media coverage of the event. Right, FEPA President, Jose Ramon Moreno explains the Open Philately exhibit of Vencelj Ferant (Slovenia) about the Beer to the Director of the Post, Majlind Lazimi and the Member of the Organizing Committee, Julian Demeti. 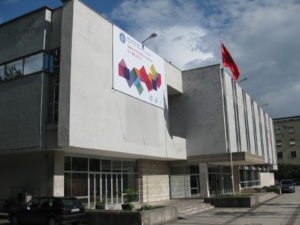 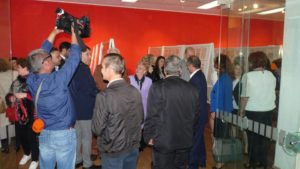 The National Gallery of Arts, superb venue of BALKANFILA 2016  in Tirana

The international exhibition Balkanfila 2016 was held from the 4th to the 9th of May at the great hall of exhibitions of the National Gallery of Arts, who’s CEO Mr. Artan Shabani devoted his support all along the Balkanfila. The exhibition was organized by the Association of Collectors of Albania in close collaboration with the General Directory of the Albanian Post, actually the only sponsor. It had the Honorary Patronage of Mr. Illir Meta, Chairman of the Assembly of the Republic of Albania and the Recognition of the European Federation of Philatelic Associations, FEPA. 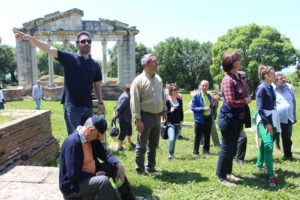 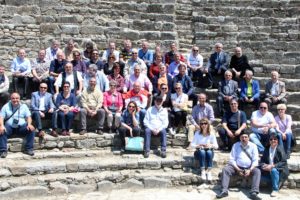 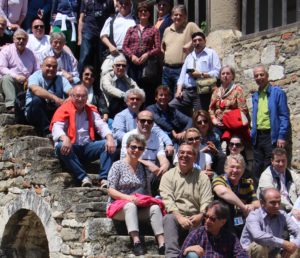 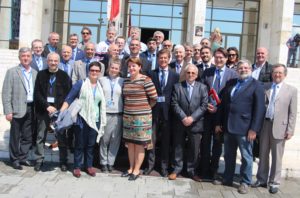 Very intereesting excursions to the Roman ruins of Apolonia, to the National Bank Treasures and Museum, and to the Ardenica Monastery.
Balkanfila is one of the oldest regional Philatelic Working Groups, consisting of philatelic associations, federations and unions from the countries of the Balkan Mountains. It was founded in 1965 in Bulgaria and after stopped in late 80’s and early 90,s by the changes on the East European countries, it renovated its activities with increased energy. 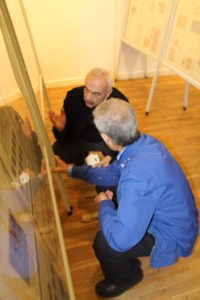 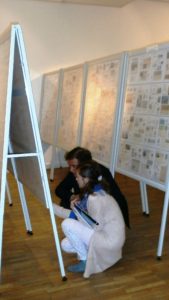 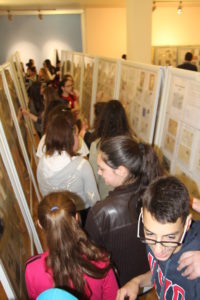 Left: The jurors looked even into the minor details of the exhibits. Right: Many young girls and boys visited the exhibition
Bankanfila 2016 could not have been possible without the active and tremendously efficient support of the CEO of the Albanian Post, Mr. Majlind Lazimi.
From the philatelic point of view, the soul of the exhibition has been Edmond Budo, with the wonderful support of the exhibition’s Consultant, Bojan Bracic, the enthusiastic President of the Albanian Federation, Muharem Gimjani and the President and Secretary of the Balkanfila Group, Spas Panchev and Igor Pirc respectively. 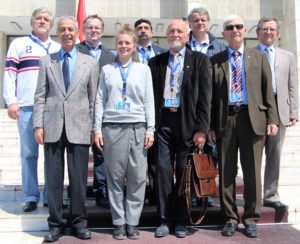 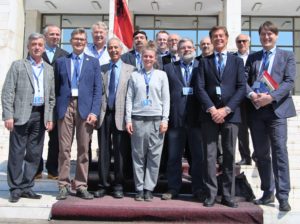 The Commissioners (left)  and the Jurors (right)
The 12 national federations participating in the event were: Albania, Bulgaria, Croatia, Greece, Montenegro, Macedonia, Moldova, Romania, Slovenia, Serbia, Turkey and the invited Cyprus and Russia. 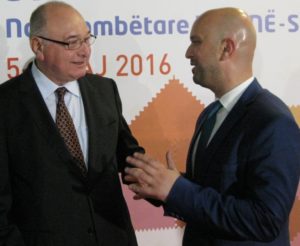 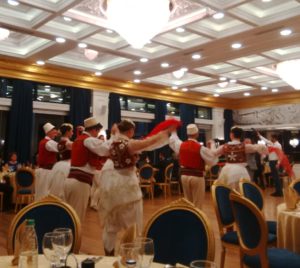 Left: The winner of BALKANFILA 2016  Grand Prix, Mr. Spas Panchev with the CEO of Albanian Post, Mr. Majlind Lazimi. Right: The Palmares was brightened uo with brilliant dances and songs typical of Albania. 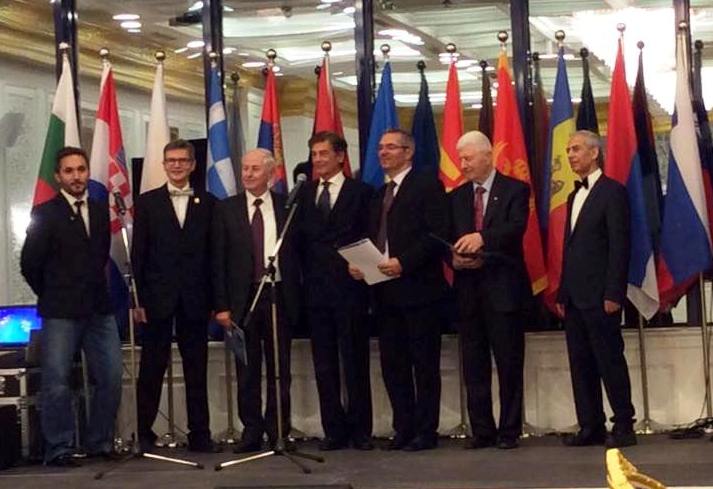 FEPA offered Honorary Certificates to  Mr. Thimi Nika, Mr. Vasil Xhitoni and Mr. Muharem Gimjani, President of the Association of Collectors of Albania for their outstanding work on the development of philately in Albanian and the rest of Europe. 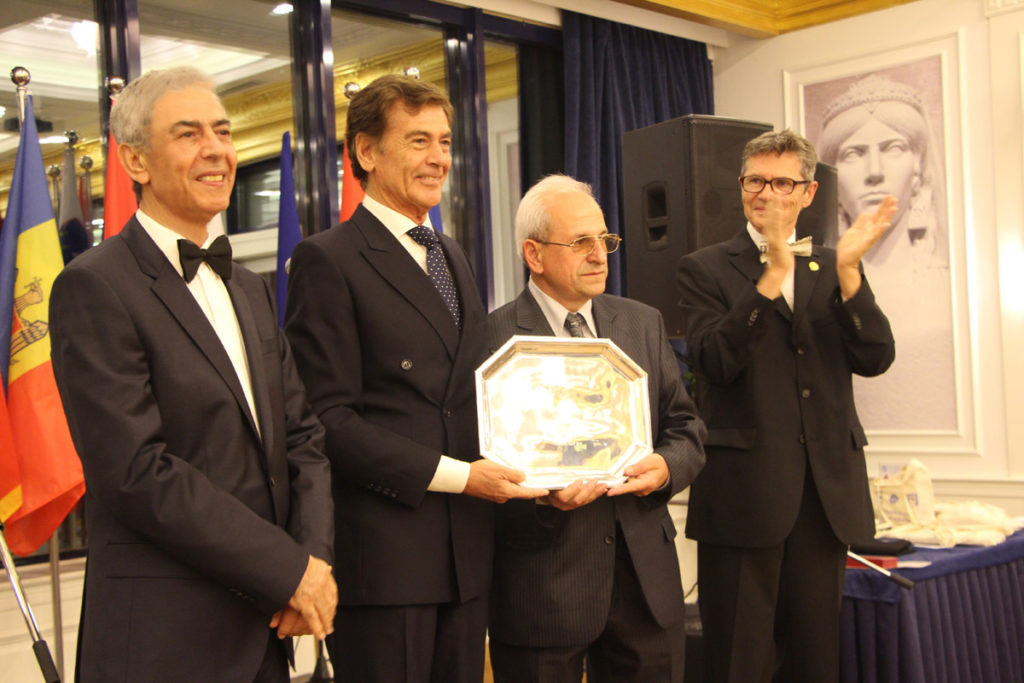 Finally, FEPA presented an engraved plate to Mr. Edmond Budo for the extraordinary hard and efficient job he did to achieve such great success for BALKANFILA 2016
The FEPA President, José Ramón Moreno, who attended the exhibition contributing in the jury work, was extremely impressed by the friendship and collaboration shown amongst all participant countries in what has been a great event for the promotion of philately.
30.5.2016
/wp-content/uploads/2017/09/20160505_182147.jpg 2448 3264 José Ramón Moreno /wp-content/uploads/2022/03/fepanews_logo-300x138.png José Ramón Moreno2016-05-30 13:03:032017-11-04 08:48:03FIRST EXHIBITION IN ALBANIA: A GREAT BALKANFILA