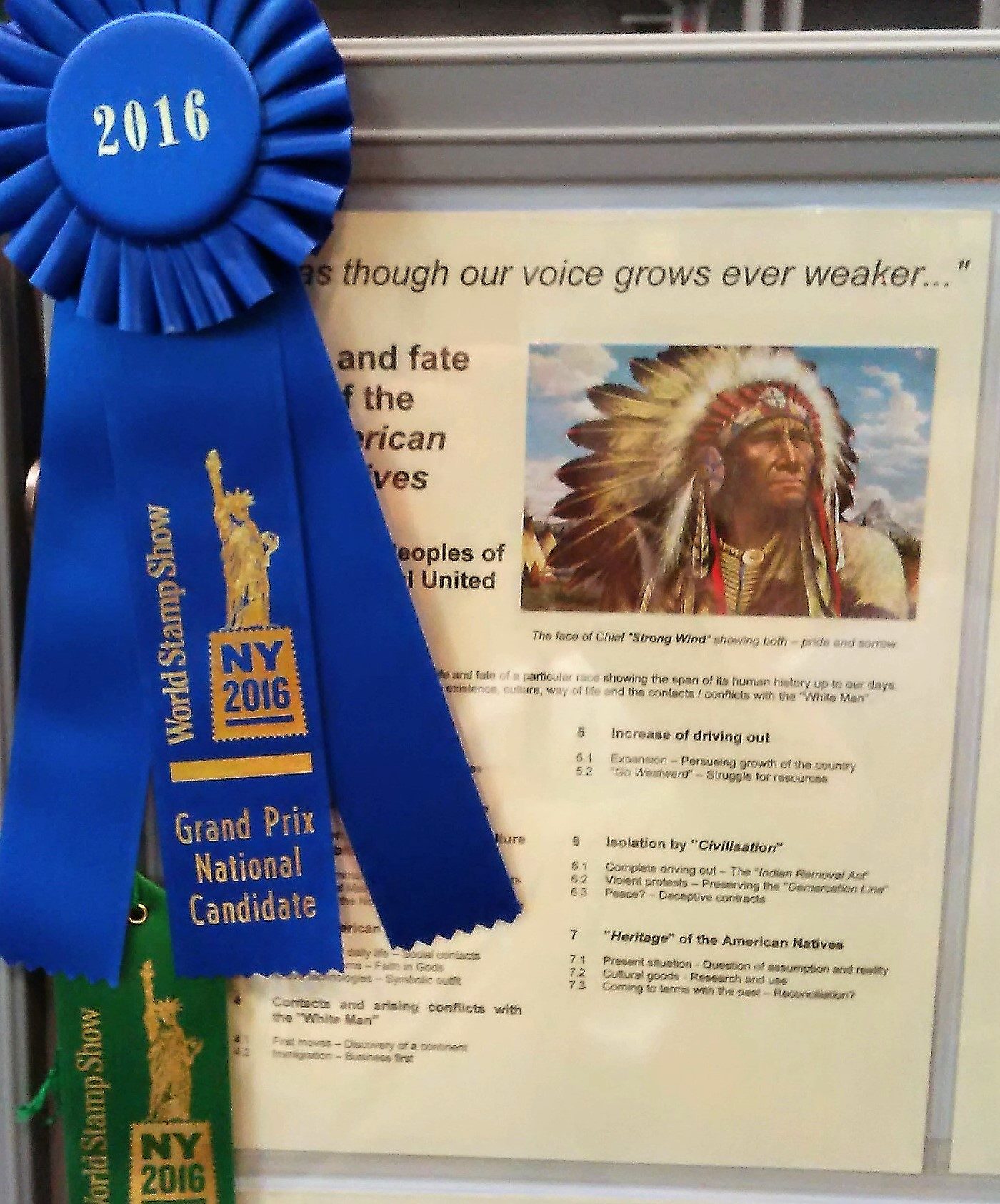 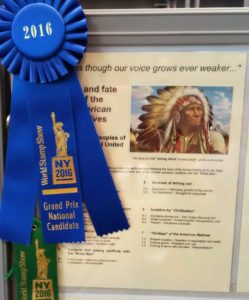 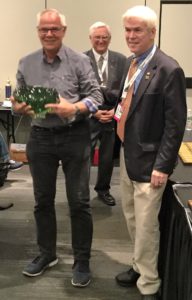 The Introductory Page of the exhibit with the blue label as Grand Prix National Candidate. On the right side,
Dr. Wolf Hess, the Commissioner General, Stephen Schumann and the President of the Jury, Peter McCann
For the first time in history, a thematic exhibit has been Candidate to the Grand Prix National at a World Stamp Exhibition. It happened in the present New York 2016, with the exhibit “Life and fate of the American Natives” which has been one of the four candidates.
Our warmest congratulations to Dr. Wolf Hess and to the German Federation – BUND DEUTSCHER PHILATELISTEN e.V.