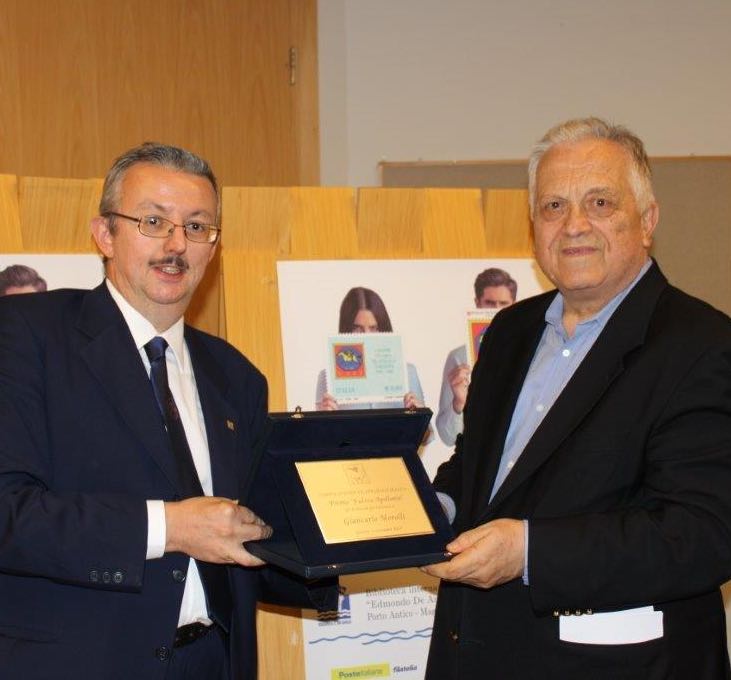 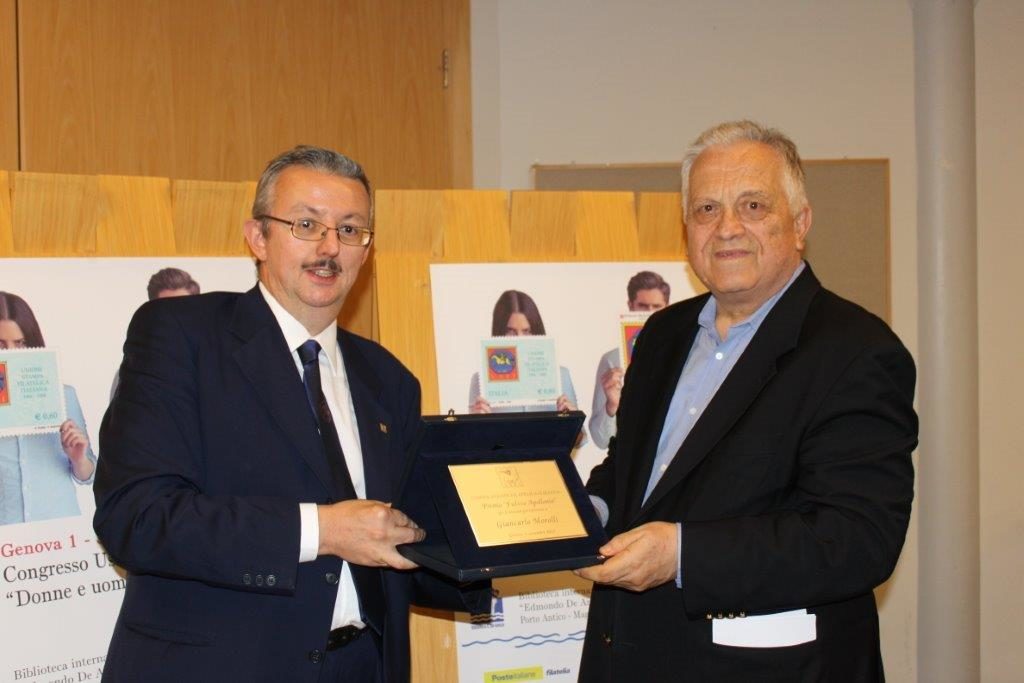 FEPA Vice President Giancarlo Morolli was presented the “Fulvio Apollonio” award as “Journalist of the Year” by USFI, the Italian Union of the Philatelic Press, which held its yearly congress on 2 September in Genoa. Giancarlo, who started as philatelic journalist in 1955, received recently the Medal of the Association of Journalists of Lombardy in recognition of his fifty years as registered journalist.