The Hungarian Geza Hommonay, candidate to the Championship Grand Prix at Philataipei 2016 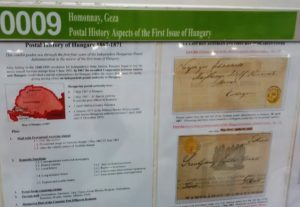 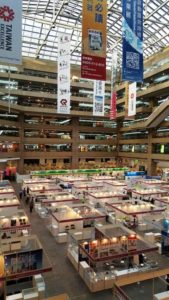 Left, The two first pages of the exhibit. Right, general view of Philataipei 2016

The exhibit of Geza Hommonay “Postal History of the first issue of Hungary” has been elected as one of the 3 candidates to the Championship Grand Prix at Philataipei 2016. The other two candidates are “Siam Classic” from Prakob Chirakiti and “Uruguay, early issues” from Walter Britz. Philataipei is having a great success with perfect organization and massive attendance of public.

At the Awards ceremony will be open the cover containing the secret votes from the jury members. In any case to have been elected finalist for the Grand Prix of the World Stamp Championship is a fantastic achievement of the Hungarian philately. Congratulations!